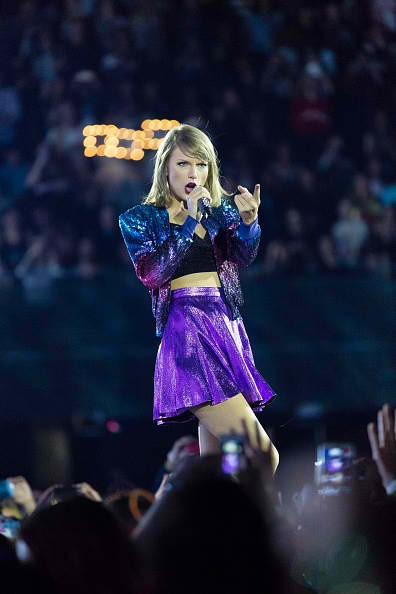 Faced with the possibility of not having pop star Taylor Swift's hit album "1989" on its music streaming service, Apple Inc. reversed a policy of not paying artists whose music are used by subscribers during a trial period after the musician lashed out against it.

Responding to Swift's threat, Eddy Cue, senior vice president at Apple, said the company has dropped the policy as confirmed by Reuters.

In a tweet to her 59 million followers, Swift thanked Apple and her fans after the company said it will now compensate artists during this period, which is seen by analysts as a key to get paying subscribers. CNN. Money, however, noted that Apple does pay higher than other streaming services to make up for the trial period.

Swift posted on Tumblr last Sunday that she is withholding the album from Apple Music given the tech giant's policy of not compensating artists during the three-month trial period. The pop star said the policy is disadvantageous to young musicians.

"This is not about me.... This is about the new artist or band that has just released their first single and will not be paid for its success. ... This is about the producer who works tirelessly to innovate and create, just like the innovators and creators at Apple are pioneering in their field...but will not get paid for a quarter of a year's worth of plays on his or her songs," she wrote.

"Three months is a long time to go unpaid, and it is unfair to ask anyone to work for nothing. I say this with love, reverence, and admiration for everything else Apple has done. I hope that soon I can join them in the progression towards a streaming model that seems fair to those who create this music. I think this could be the platform that gets it right."

CNN.Money noted that Swift's popularity and influence factored in Apple's quick decision to drop the policy that could have adverse impact on the company's image.