Sales of Previously Owned US Houses Rebound in May 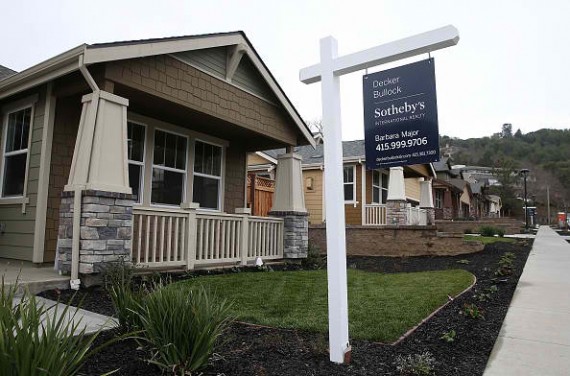 After an unexpected decline in April, sales of previously owned houses in the U.S. in May bounced back to its fastest pace since November 2009 as new home buyers became more confident in purchasing residential properties.

The pace of sales rose from April to May by 5.1 percent which translates to total annual sales 5.35 million units, the National Association of Realtors (NAR) said. Of these, single-family homes accounted for 4.73 million, while the rest were condominiums and townhouses. April's sales tally of 5.04 million was also raised to 5.09 million.

With affordable credit available, improving employment situation and rising incomes, more Americans have been emboldened to buy homes for the first time. The NAR said about a third of purchases in May were made by first-time buyers accounted compared to 27 percent from last year. This was the highest level since September 2012.

The median price of previously owned house increased by 7.9 percent to $228,700, with homes in the West and Midwest appreciating the most at 10.2 and 9.4 percent, respectively, Bloomberg reported.  About a quarter of the transactions were paid for in cash, according to the NAR report.

It added that demand is outstripping supply, as the inventory of existing homes for sale only rose by 1.8 percent to 2.3 million, which means that those properties may be sold out in 5.1 months compared to April's pace of 5.2 months.

The strong data on existing home sales along with positive developments in building permits for new homes, and the improving retail and employment numbers point to an economic rebound in the second quarter after the decline at the start of the year.