UK Firm to Build Hoverbike for US Army 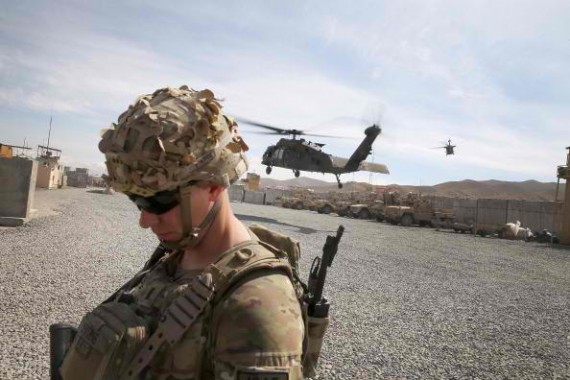 The US Army may soon have a vehicle straight from science-fiction movies after a British company Malloy Aeronautics and US defense contractor SURVICE to develop the hoverbike for the Department of Defense.

The hoverbike, set to be developed in Harford County, Maryland, is expected to be a cheaper and safer alternative to a helicopter, with its smaller size and ability to fly at low attitudes as additional advantages according to Malloy Aeronautics.

The prototype of the hoverbike is a bi-copter, but Mallory Aeronautics opted for a quadcopter design since this was cheaper. It added that the current model can reach a maximum speed of 150 knots and altitude of 10,000 feet. It can fly for 45 minutes carrying a load of 130 kilograms. The hoverbike may be operated remotely like a drone or ridden by a person.

"Its low cost and practical size lends itself to search and rescue, precision farming and cattle mustering, first-responder emergency services and cargo insertion of up to 120kg into confined spaces. We believe it would be ideal for ski and mountain rescue, airborne logistics and time-sensitive personnel insertion/extraction during major disasters," Malloy Aeronautics said on its website.

A model of the hoverbike was on display during the Paris Airshow last week, where Maryland Lt. Governor Boy Rutherford said he looks forward to the development of the vehicle as it is set to bring more jobs to the state.

Malloy Aeronautics, started by Christopher Malloy of New Zealand, tried to raise $1.1 million for the hoverbike project through Kickstarter, but that may no longer be needed with the funding coming from the Defense department. Malloy Aeronautics was only started in 2012, but with SURVICE, it gets a 30 year veteran in working with the Defense department.

Malloy Aeronautics has already opened an office in Maryland to continue working on the hoverbike.