Ikea to Raise Minimum Wage in the US Anew 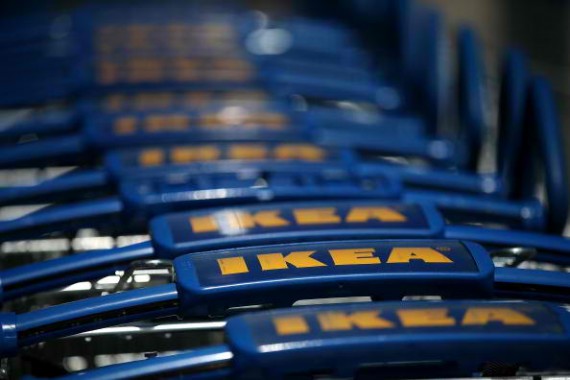 Furniture retail giant Ikea will increase its hourly minimum wage in the U.S. by a tenth to $11.87 dollars after a similar move in 2014 improved employee retention and sales performance

It was the second straight year that Ikea has raised its hourly rate for minimum wage earners, saying the move has helped the company lessen staff turnover by 5 percent, improve sales and lure well-qualified applicants.  The company added in a statement that the new wage is $3.51 higher than the minimum wage mandated by the federal government.

The wage hike will be implemented on Jan. 1 and affect 32 percent of the 10,500 retail staff and employees in distribution of Ikea, which has 40 stores in the U.S.

The decision comes at a time when a number of U.S. companies from burger chain McDonalds to healthcare insurer Aetna have raised their wages due to public clamor that current pay levels are not enough to support needs.

Unlike companies that pay a uniform rate, Ikea adjusts its wages depending on the cost of living where its store operates and using the Massachusetts Institute of Technology Living Wage Calculator, which determines how much is needed for basic necessities, as a reference.

Employees can expect regular adjustments, with Ikea saying the pay will be evaluated at least annually. The company said keeping its stores competitive will be a factor and it will follow local legislation.

More than staying competitive, Ikea U.S. Acting President and Chief Financial Officer Rob Olson told the Wall Street Jouran in an interview that the decision was motivated by doing what's fair for employees. He noted that while the company's pay is higher than standard, it realized it could still be raised given the cost of living.

The company said that despite the pay raise, customer can expect that it will not affect prices.

It added that the wage hike is only a part of its investments on employees citing its contributions to employees' retirement fund as well as a bonus program for workers.