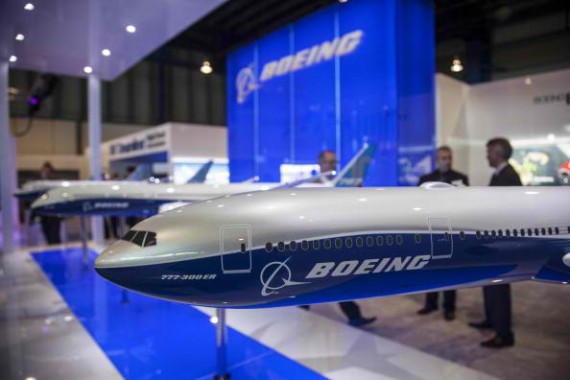 Aerospace giant Boeing Co. will have a new CEO on July 1, with Jim McNerney making way for Dennis Muilenburg, one of his top lieutenants.

McNery, 65, will continue to serve as chairman of the Chicago-based company but remain as an employee until February 2016 to complete the turnover to Muilenburg, 51, Boeing's president and chief operating officer since 2013.

In a statement on its website, McNerney gave a strong endorsement to his successor.

"Dennis is an extremely capable, experienced and respected leader with an immense passion for our company, our people, and our products and services," he said.

"As CEO, Dennis will bring a rich combination of management skills, customer focus, business and engineering acumen, a can-do spirit and the will to win."

In Muilenberg, Boeing will get a 30-year veteran who previously headed the company's defense and space business and was formerly an intern. Analysts expect the incoming CEO to focus on catching up on Boeing production backlog and introduce new products while sustaining its strong performance in the commercial segment due to its popular 737 and 777 jets.

Muilenburg is seen to benefit from the robust airline industry, whose growth is expected to be sustained. In the recent Paris Air Show, Boeing booked $50.2 billion worth of sales, but this was trumped by French rival Airbus Group SE's $57 billion tally. The company said earlier this month that the world's airliners needs 38,050 aircrafts worth $5.6 trillion in the next two decades to support airtravel.

Muilenburg's appointment was not a surprise to the market as he had been expected to succed McNerny, under whose tenure starting in 2005 saw Boeing post impressive financial performance. The company posted a record revenue of $90.8 billion last year, and secured gains in cost management through deal with suppliers and its unions. McNerny was helped by a boom in aircraft sales around the world as airtravel grew.