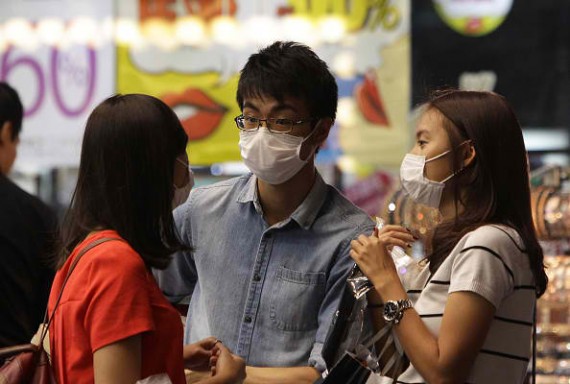 The South Korean government plans to spend an additional $13.5 billion this year to protect its economy from the effects of a respiratory disease outbreak and drought.

Along with the announcement came downgrades to the economic growth forecast and inflation projection this year to 3.1 percent and 0.7 percent, respectively.

Finance Minister Choi Kyung Hwan asked for more time to assess the impact of the MERS on the economy before deciding the size of the extra budget. The central bank, however, has anticipated a decline in consumption and reduced interest rates to a record low of 1.5 percent two weeks earlier.

The death from MERS, first detected on May 20, has reached 29, with 180 infections tallied, data from the Health ministry showed.

South Korea's central bank said earlier that consumer confidence in June slumped to its lowest levels since December 2012, as people grew more cautious with the advance of MERS in the country.

With shoppers staying indoors to avoid MERS, department store sales have plummeted by almost 30% in the first two weeks of the outbreak compared to the previous fortnight. Amusement parks have also suffered, with drops in attendance during the same period. Foreign tourists are likewise staying away, with 120,000 cancelling their flights to South Korea.

Compounding South Korea's woes, the Seoul metropolitan area and Gangwon province to the east are experiencing the third-worst drought to hit the country according to its weather service.

The drought is estimated to have affected close to 9,000 acres of land for agriculture during planting season. The government said it will tap an emergency drought fund to bring water to affected areas.