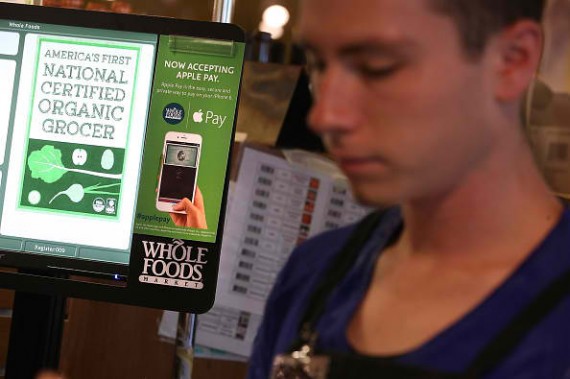 On Wednesday, the consumer watchdog said it found 80 different items at Whole Foods' nine stores in the city to have been labelled with erroneous weights.

Consumer Affairs said in a Washington Post report that it was the worst case of mislabelling inspectors have encountered and that it was investigating Whole Foods for systemic over-charging.

The report added that Consumer Affairs  found that 89 percent of items tested from Whole Foods did not meet the standard set by the U.S. Department of Commerce on how much a product's weight may differ from its label.

In another report on the New York Times, Whole Foods said it is working with city officials by opening up its auditing and training programs, but the company added that it has only seen charge sheets without supporting evidence.

The company questioned why it was being singled out by Consumer Affairs, but another paper noted that over three-quarters of the 120 grocery stores inspected by the agency were cited for violations.

Citing another paper, the Washington Post reported that the blame for such errors should not be placed on grocery chains like Whole Foods since those outlets do not prepare the products. Instead, the mistakes are made by the manufacturers, who seal and label the products then deliver those to the stores ready for sale.

Whole Foods also said the company has a policy to refund customers who have bought incorrectly priced or weighed items.

Whole Foods paid an $800,000 fine last year in California for a civil protection against it by several cities for overcharging customers.