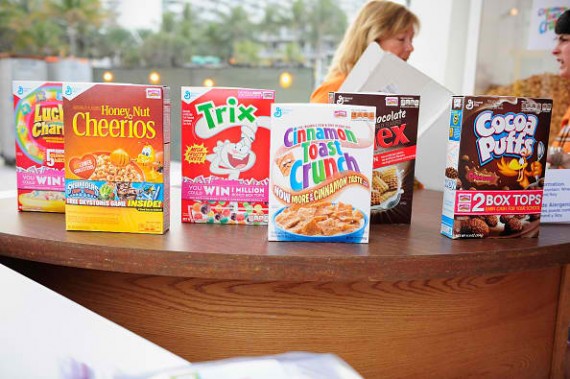 Struggling with sluggish sales, cereal maker General Mills said Thursday that it will cut up to 725 jobs continuing its recent moves to let go of people and close facilities to manage its costs.

The Minneapolis-based company said the move will cost the company between $57 million to $62 million before taxes to pay termination benefits of employees. The decision is part of a restructuring plan to save the company up to $50 million annual until 2017, including $25 million to 30 million for fiscal year ending May 2016.

The Wall Street Journal noted that General Mills, which employs 43,000, let go of 1,400 people and announced the closure of two plants in Indiana and Idaho that would affect 850 employees.

General Mills's latest financial performance report filed on March 18 showed that net sales declined by a percent to $4.35 billion  due to foreign currency adjustment, with it cereal unit recording flat sales in the U.S.  For Its nine-month tally for the fiscal year, sales declined by two percent to $13.3 billion from $13.6 billion last year, while operating profit slid by eight percent to $2.2 billion.

While the company was optimistic about its full year results due to its Consumer First focus, it only expected a growth in the low single digits from 2014.

Aside from General Mills, major producers of packaged food such as Kellog and Campbell soup have been challenged by shifting consumer tastes in favour of healthier or more natural products, which has lowered the demand for their offerings.

Earlier this week, the General  Mills announced that it was removing artificial flavours and colors from its products in response to consumer preference. The company, which makes brands such as Cheerios, Cinammon Toast Crunch and Reese's Puffs, noted that 60% of its cereals no longer have these artificial additives and plans to have 90% of products free of these by 2016.