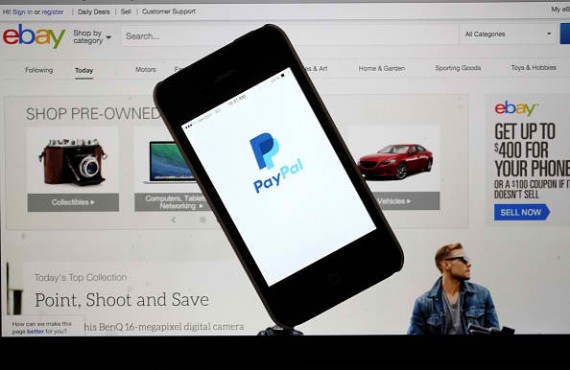 U.S. American online retailer Ebay will official spin off its unit PayPal on July 17 to unlock the full potential of the unit.

On Friday, eBay announced that its board of directors has given the green light to separate PayPal from the company. This will take effect on July 17, after which PayPal will be a publicly traded company starting on July 20.

In a report on the Forbes website, eBay CEO and President said spinning off Paypal allows both companies  to focus on their respective businesses and have more flexibility.

"As separate, independent companies, eBay, led by Devin Wenig, and PayPal, led by Dan Schulman, will each have a sharper focus and greater flexibility to pursue future success in their respective global commerce and payments markets," he said in a statement.

The decision was prompted by billionaire Carl Icahn's scathing 2014 public letter to eBay calling on the company to let go of the online payment unit as its management team is holding back Paypal.

Under the plan, eBay stockholders will be given a share of PayPal common stock for every share of eBay stock they own before July 8. PayPal will be listed on the market under the ticker "PYPL," while eBay will continue to trade under "EBAY."

In 2014, eBay generated $8.8 billion in revenues, which is only slightly higher than PayPal's $8 billion, which were a result of processing $235 billion in payments for a billion mobile transactions and 10 million merchants worldwide.

eBay bought PayPal in 2002 for about $1.5 billion in shares, but it has evolved to be more than just the online retailer's platform for payment to its auctions.