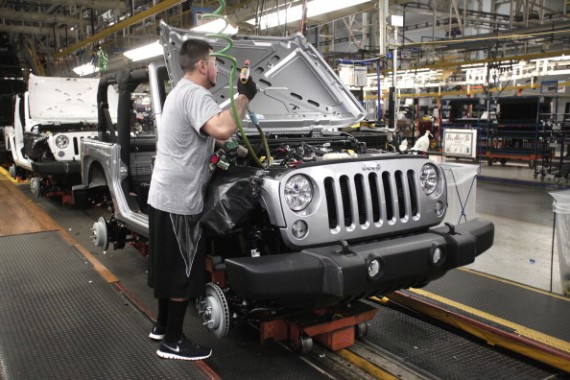 Carmaker Fiat Chrysler Automobiles NV said on Wednesday that its automobile sales in the U.S. rose by 8.2 percent in June, its best performance since 2006, driven by its Jeep and Chrysler brand.

The Wall Street Journal reported that it was Fiat Chrysler's 63rd consecutive month of sales improvement as consumers bought 185,035 units in June, higher than 171,086 a year ago.

The company's sales were powered by its Jeep brand, whose Patriot and Cheeroke sales enjoyed strong demand, rising by a quarter to 71,529 vehicles.  The report noted it was the brands best June performance to date.

The Wall Street Journal noted that Fiat Chrysler's sales sustains the trend of rising automobile sales in the U.S. this year, with buyers snapping up SUVs and trucks. American consumers are opening up their wallets to buy more houses and other assets as confidence in the economy rises due to low interest rates and improving employment conditions.

A strong labor market, low-interest rates and deals from automakers continue to fuel the market for new vehicles.

Fiat Chrysler's sales however could be affected by its recall announcement earlier this week for about 60 2015 Jeep Grand Cherokees and Dodge Durango due to possible problems with brakes reported by the The New York Times. The paper added that 7,700 more of these vehicles need to be inspected, with 5,100 of those sold in the US.