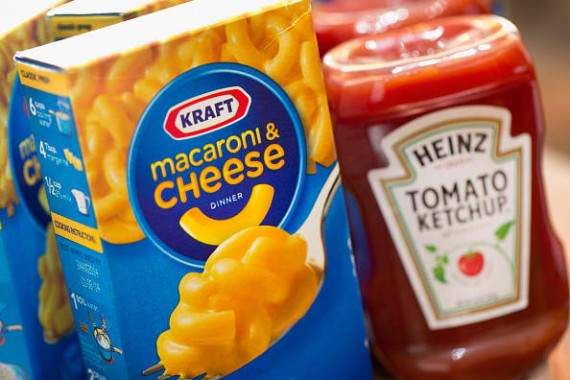 H.J. Heinz Co. and Kraft Foods Group Inc. completed on Thursday their merger to create one of the world's largest food and beverage company.

With combined annual sales of about $28 billion, the new company will be named Kraft Heinz Co. and is estimated to be the third largest food and beverage maker in North America and fifth in the entire world. Kraft Heinz will house under one company such brands as Oscar Mayer, Philadelphia, Velveeta, Maxwell House, Ore-Ida and Jell-O, as well as Kraft cheese and Heinz ketchup, reported Reuters.

"The complementary nature of the two brand portfolios presents substantial opportunity for synergies, which will result in increased investments in marketing and innovation. This historic transaction unites two powerful businesses and iconic brands, and provides a platform for leadership in the food industry both domestically and internationally," Heinz said in a statement on its website.

The deal was announced in March and approved by Kraft Foods shareholders on Wednesday. Kraft Foods shareholders will get $10 billion in cash dividends or $16.5 per share and own 49 percent of the Kraft Heinz stock. Warren Buffett's Berkshire Hathaway Inc. and Brazilian investment firm 3G Capital, which bought Heinz in 2013, own the remaining stake and have six of the 11 board seats.

Although Heinz is privately held, the new company will become publicly traded and listed on the Nasdaq with the ticker "KHC" on July 6.

Reuters noted that most of Kraft Heinz's upper management come from Heinz, including Chief Executive Bernardo Hees, 45, a 3G partner. Alex Behring, managing partner of 3G, will also become the chairman of the new firm.

In an earlier Reuters report, 3G said it will apply the same zero based budgeting that has allowed it to trim costs at companies it has taken over.