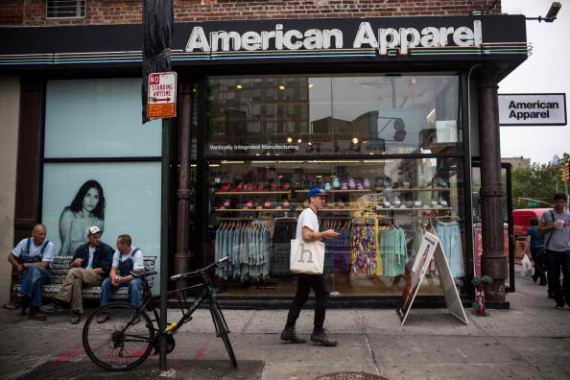 Clothing retailer American Apparel announced plans On Monday to restructure its struggling business and admitted that it may not be able to raise the needed capital within the next 12 months.

On a statement on its website, the company said it plans to reduce operating costs by $30 million over the next 18 months by improving its supply chain and expense management, closing underperforming stores and reducing its workforce, without specifying how many stores will be closed or jobs will be cut. The company's website states that it has 250 stores worldwide, with almost half outside the U.S., and that it employs 10,000.

American Apparel added that it plans to improve sales by strengthening marketing and e-commerce as well as revamping its merchandise. The company, however, said that even if these moves become successful, it would still need additional capital, which it is not confident in raising.

Aside from these, American Apparel said it is facing approximately 20 lawsuits from founder Dov Charney and other shareholders. Charney was ousted from his chief executive post last year on charges of misusing company funds and sexual harassment.

"We are committed to turning this company around. Today's announcements are necessary steps to help American Apparel adapt to headwinds in the retail industry, preserve jobs for the overwhelming majority of our 10,000 employees, and return the business to long-term profitability," said American Apparel CEO Paula Schneider.

A Reuters report noted that American Apparel has been posting losses for last five years, during which its market value dwindled to $90 million from $540 million. It added that the company's shares were down 4 percent at 48 cents on Thursday on the American Exchange.