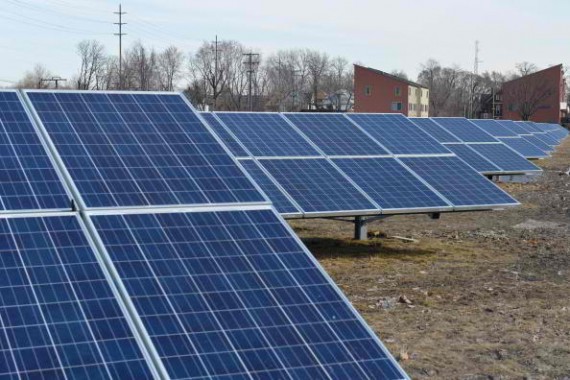 SunEdison said in a statement that as part of the deal, subsidiary TerraForm Power Inc. will also buy  Vivint Solar's rooftop solar portfolio, consisting of 523 megawatts (MW) expected to be installed by year-end 2015, for $922 million in cash.

SunEdison CEO Ahmad Chatalia said the Vivint Solar acquisition is key in growing the company's capacity  and grow its residential business in the U.S. and around the world.

"SunEdison's acquisition of Vivint Solar is a logical next step in the transformation of our platform after the successful execution of our First Wind acquisition in January 2015. We expect the Vivint Solar transaction to create significant value for our stockholders.... As of the fourth quarter of 2015, our organic growth and recent acquisitions will put SunEdison on track to deploy more than 1 gigawatt per quarter," he said.

Reuters reported that Vivint's shares were up 44 percent in premarket trading on Monday. The report noted that Vivint Solar is the second-biggest installer of rooftop solar panels behind Elon Musk-backed SolarCity Corp.  It operates  in seven states including California and New York. The company went public last October.

Reuters added that falling cost of solar equipment have led to a surge in demand for rooftop solar systems. Earlier this month, the Obama administration unveiled plans to provide access to solar energy to low-income Americans through several initiatives including partnerships with the private sector.