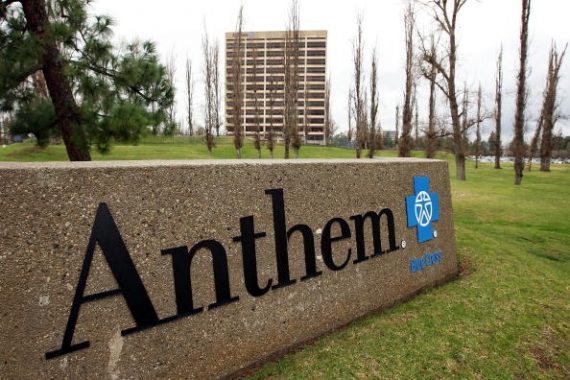 US healthcare insurer Anthem, Inc. announced on Friday a deal to buy rival Cigna Corporation for $54.2 billion to create the largest player in the industry,but the transactions is expected to draw scrutiny from regulators amid concerns that the consolidation may limit options for consumers.

In a joint statement, the companies said that the merged firm will have $115 billion in annual revenues, 53 million members and an opportunity to transform health care delivery for consumers. It said Anthem CEO Joseph Swedish will serve as  chairman and chief executive , while David Cordani, his Cigna counterpart, will be president and chief operating Officer.

Anthem will have 14 Board of Directors as four member of Cigna's board including Cordina join the nine of Anthem.  The company said that the combined entity will be 67 percent owned by current Anthem shareholders while the balance will be held by Cigna shareholders.

Anthem's offer of $188 per share is about 38.4% higher than Cigna's closing price as of May 28, with 55 percent of the payment to come in cash while the rest will be in Anthem shares.

Reuters, however, reported that Cigna's shares dropped by 5.6 percent after the announcement on concerns that the transaction will be closely reviewed by competition authorities. Several analysts and healthcare groups expressed concern the ongoing industry consolidation may hurt consumers, who may face higher costs with limited options available.

The report noted that Anthem's announcement comes after rival Aetna Inc. announced plan to buy Humana Inc. for $37 billion as the industry consolidates in response to the Obama administration's healthcare law. If the transactions push through, it will reduce national health insurers to three from five.

Despite the expected close review from authorities, Anthem said it is confident that the transaction will hurdle regulatory scrutiny and close in the second half of 2016.

"We believe that this transaction will allow us to enhance our competitive position and be better positioned to apply the insights and access of a broad network and dedicated local presence to the health care challenges of the increasingly diverse markets, membership, and communities we serve.... These expanded capabilities will enable us to better serve our customers as their health care needs evolve," said Swedish.

"The complementary nature of our businesses will allow us to leverage the deep global health care knowledge, local market talent, and expertise of both organizations to ensure that consumers have access to affordable and personalized solutions across diverse life and health stages and position us for sustained success," said Cordani