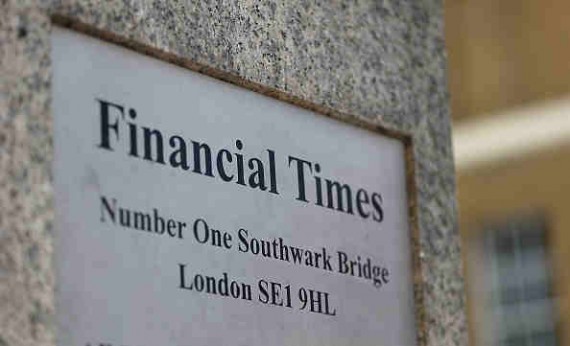 Following its sale of daily newspaper Financial Times to Japanese media group Nikkei, Britain's Pearson confirmed on Saturday plans to sell its stake in weekly business magazine The Economist as the British firm continues to exit the media business.

Pearson said in statement on Saturday that it is indeed discussing a possible divestment of its 50 percent stake in The Economist with the magazine's board. The company, however, did not provide additional details and said the talks do not mean a deal is forthcoming.

Citing anonymous sources, Reuters reported that the families that own the other half of the Economist along with its staff and former employees are the ones talking to Pearson on a possible sale but need the funds for the deal.

In its announcement of the sale of the Financial Times to Nikkei, Pearson said it is exiting media business to ensure that the journalistic and commercial excellence of the paper continues amid the rise of mobile and social media. The company said it will instead focus on its global education business.

Reuters noted that the families that own half of The Economist wield considerable power in determining the paper's future and are unlikely to consent letting Pearson's stake go to a third party. The wire agency said that Pearson only owns Class B shares, whose voting rights are inferior to that of Class A shareholders owned by the other owners which include members of the Cadbury, Rothschild, Schroder and Agnelli clans.

Reuters said Pearson's sale must also be approved first by the paper's trustees who are tasked to preserve the independence of the company and the editorial autonomy of the paper.

It added that Pearson's stake may be worth up to 400 million pounds. The Economists, which has a circulation of 1.6 million and operates subsidiaries such as The Economist Intelligence Unit, Economist Events and Economist Corporate Network posted 67 million pounds in annual operating profit in June, Reuters said.