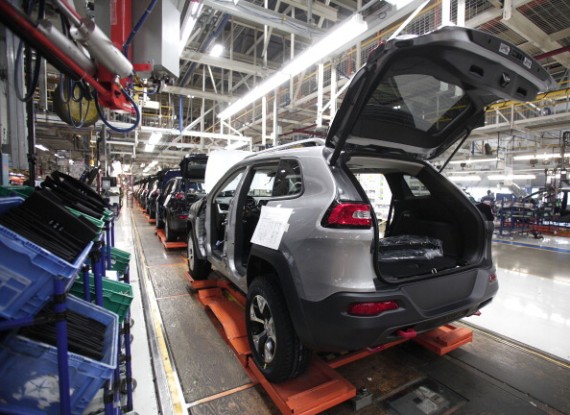 Automaker Fiat Chrysler is set to face a record $105 million in fines for the unsatisfactory execution of its recalls for millions of vehicles, according to a Wall Street Journal Report.

The Wall Street Journal said the fines are for lapses in the recall of 11 million Fiat Chrysler vehicles across various models, including Jeeps involved in fatal accidents. Citing anonymous sources, the paper said the fines are for violations such as misleading and obstructing regulators, inadequate and lagging repairs; and failing to alert car owners to recalls in a timely manner among others.

The paper reported that the Italian-American carmaker may announce the settlement with the National Highway Traffic Safety Administration, wherein Fiat Chrysler has a chance to recoup some of the penalties if it meets conditions set by the regulator.

The Wall Street Journal said Fiat Chrysler had informed authorities that measures are in place to improve the company's handling of safety problems. The company also admitted it could have improved its earlier recalls and that regulators raised legitimate concerns.

The report added that Fiat Chrysler will agree to repurchase several of the recalled vehicles. It noted that the fines against the automaker would be largest imposed by the government topping the $70 million assessed against Honda Motor Co. earlier this year for lapses in reporting possible safety problems. The fineswill also be higher than the $35 million charged against General Motors Co. in 2014 related to its disclosure to regulators of problems with its ignition switch, which has been tied to more than a hundred deaths.

Reuters, meanwhile, reported that Fiat Chrysler could have been fined $700 million, although the car maker declined to comment.

Reuters noted that the settlement does not include Fiat Chryslers recall of 1.4 million units in the United States on Friday on concerns that hackers could take over the software and gain control of the vehicles.