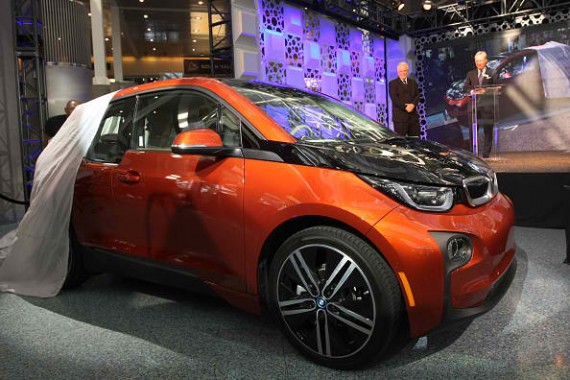 Tech giant Apple may be gearing up for an entry into the auto industry, with Reuters reporting that CEO Tim Cook had visited the headquarters and a factory of BMW to learn more about the business.

The report said a contingent of Apple executives led by Cook toured BMW's factory in Leipzig, Germany last year to learn about the production of the latter's electronic cars. The visit, however, did not  produce a partnership as Apple seemed interested in doing it alone, while BMW is wary of sharing knowledge to a possible competitor.

The wire agency said that the visit was first reported by Germany's Manager-Magazin last week.

Citing anonymous sources, Reuters reported that while there was no partnership sealed during the visit both sides agreed to continue discussing a possible collaboration. It, however, noted that the management team of BMW has changed since the visit of Apple officials, which could affect a tie-up.

The report noted that a partnership may be in the interest of both since BMW needs inputs from the telecommunication and technology industry for its next-generation vehicles, while Apple is looking to expand outside mobile devices. The report supports a February article by the Wall Street Journal, which said that Apple is keen on entering the Automobile industry.

The report added that tech companies in the Silicon Valley are racing towards developing self-driving cars with Tesla Motors and Google, Inc. currently in the lead.

Still, BMW appears intent on further developing its own self-driving cars alone. Reuters reported that BMW research and development Klaus Froehlich acknowledged that that a partnership wherein the carmaker would have to share its expertise to outsiders is off the table.

Reuters noted though that with a $202.8 billion cash pile, Apple has the resources to enter the automobile industry on its own, but getting an industrial partner with expertise on production, maintenance and retail is ideal.

The report added that the Apple may be a force to contend with in the autoindustry as the brand's followers are known for their loyalty. It noted that even if only one percent of the company's customers decide to buy its car that translates to 1.69 million vehicles, which would put tremendous strain on the maufacturing facilities on its partners.