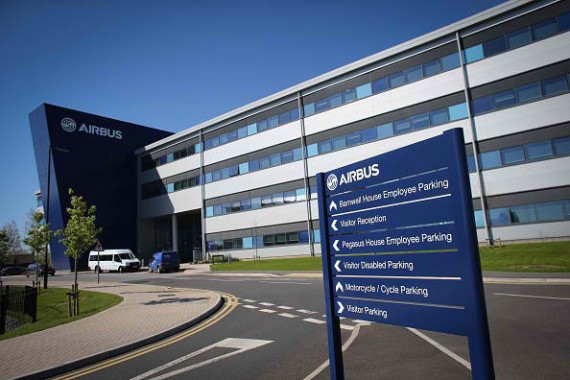 France's Airbus has signed a deal to sell 250 narrow-body aircraft worth $26.5 billion to IndiGo, India's largest airline which seeks to further cement its leadership in the country's booming aviation industry.

The BBC said the price of the deal is based on list prices, which are usually discounted. It added that the deal was first reported in October and helps IndiGo, whose aircrafts fly a third of India's travellers, further win a bigger share of the market.

Reuters reported that IndiGo will start taking in new Airbus A320 planes from 2018 to 2026 according to airline president Aditya Ghosh. The report added that the budget airline has ordered a total of 530 aircrafts from Airbus, which further padded its lead in terms of sales orders for similar sized airplanes against American rival Boeing.

The orders are the second in terms of value for Airbus and makes IndiGo its top customers for the Airbus A320-family of aircraft. Reuters said Airbus's other large A320 customers include low-cost carriers such as Malaysia's AirAsia and Indonesia's Lion Air.

Reuters noted that Boeing expects that in the next 20 years, airline fleets will be made up mostly of  narrow-body aircrafts such as the A320, which are capable of flying for up to five hours. It added that the A320s compete with Boeing's upgraded 737 Max in the narrow-body market segment. The French aircraft maker has secured 4,100 orders of the said plane compared to Boeing's 2,831, the report said.

Reuters added that IndiGo was founded in 2006 by travel entrepreneur Rahul Bhatia and Rakesh Gangwal, a former chief executive of U.S. Airways. IndiGo owner InterGlobe Aviation has filed in June a prospectus for an initial public offering.