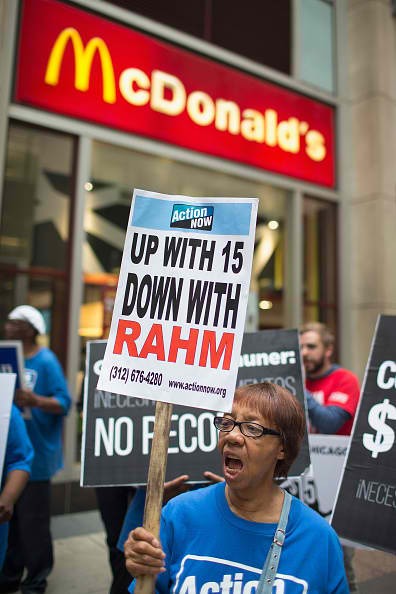 The Guardian reported that McDonald's faced an unprecedented global scrutiny over its business practices as workers, trade unions and politicians from 20 countries participated in a hearing by Brazilian Senate's human rights committee. It added that McDonald's was subject to several complaints all week, started off by charges filed last Friday by Brazil's General Workers' Union with the public prosecutor against the company and its Latin American franchisee Arco Doradas for tax evasion, unfair competition and franchise law violations.

Reuters reported that Brazilian Senator Pablo Paim called the hearing for all sides to air their side, but Arco Dorados declined, instead issuing a statement that it complies with labor laws and is proud of its labor record. The Guardian reported that Arco Doradas's statement also highlighted the company being named by a local magazine as among the best to work for in Brazil and that its 40,000 workers are represented by 80 unions.

During the hearing, union officials from Brazil, a member of the European Parliament and a representative of a group pushing for McDonald's to raise minimum wage to $15 an hour piled on the company with various allegations, both reports showed.

The Guardian said a prosecutor from Brazil's labor ministry will form a taskforce to investigate the company's labor, but Reuters noted that similar actions against McDonald's in the country have not affected it.

The Guardian said the complaint filed by the General Workers Union could lead to fines and penalties totalling more than $342 million, while anti-competition authorities could charge penalties equivalent to as much as fifth of gross profits.