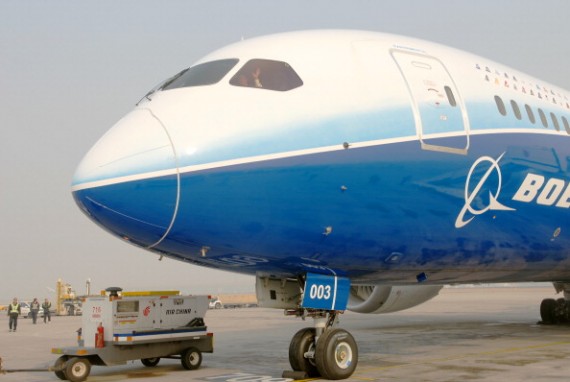 U.S. aircraft maker Boeing Co. remains confident about its business prospects in China, raising demand projections for the country even as its economy and financial markets encounter turbulence.

Reuters reported that Boeing now expects China's carriers to purchase 6,330 aircrafts over the next 20 years, higher by 5 percent than its 2014 projection. The company said those aircrafts are currently valued at $950 billion.

The newswire cited a Boeing statement distributed in Beijing that said the Chicago-based company sees strong growth for the country's aviation industry over the long term despite the current volatility in the financial market.

"Over the next 20 years, China's commercial airplane fleet will nearly triple: from 2,570 airplanes in 2014 to 7,210 airplanes in 2034, with more than 70 percent of these deliveries accommodating growth," said Randy Tinseth, vice president of Marketing, Boeing Commercial Airplanes, in the statement.

Boeing said demand growth will be fueled by China's low-cost carriers, whose share of demand for single-aisle aircrafts will rise to 25 to 30 percent by 2034 from 8 percent last year. This translates to 4,630 single-aisle aircrafts, while the wide-body segment needed for long-haul flights will require 1,510 new airplanes over the same period. The company produces the 737 MAX 200 single-aisle segment, while it has the 777-300ER, 777X and the 787 Dreamliner for the wide-body segment.

Bloomberg noted in its report that China is expected to overtake the U.S. as the largest aircraft market in the next two decades as the Asian country's economic expansion makes air travel more affordable for more people. It added that China is also set to become the biggest domestic air travel market with carriers such as Air China Ltd. and China Southern Airlines expected to boost their fleets.

"Enabled by China's growing middle-class population, new visa policies and the underlying strength of its economic growth, this expansion is expected to continue, and in fact accelerate," Tinseth said.