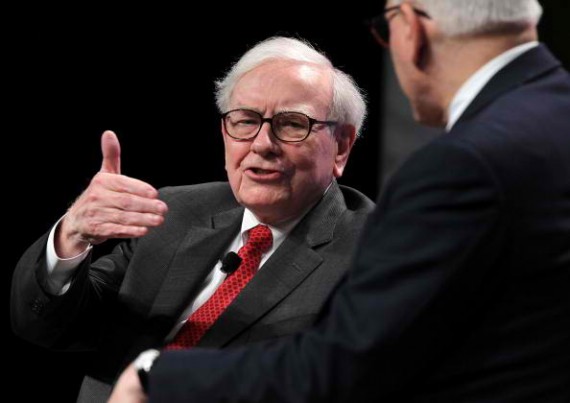 Warren Buffet's Berkshire Hathaway Inc appears to be bullish in the prospects of the oil industry despite slumping crude prices, as it bought a more than a tenth of oil refiner Phillips 66, Reuters reported.

Citing a filing with the U.S. Securities and Exchange Commission on Friday, the news agency said Berkshire purchased 57.98 million Phillips 66 shares worth $4.48 billion, which is equivalent to a 10. 8 percent of the company.

The report noted that Berkshire was previously a major shareholder of Phillipp 66, but sold swapped a third of its holdings in the Houston-based company in February 2014 to buy a chemicals business.  It added that Berkshire increased its stake in the oil refiner, whose shares have remained steady despite spiralling crude prices.

Reuters said Phillips declined to comment on Berkshire's purchase of the company shares, noting that this began in the third quarter when the Omaha-based holding firm bought $3.09 billion of equities. It added that Buffet generally decides on the large investments of Berkshire, which has several portfolio managers.

Bloomberg said the Phillips investment was not included in Berkshire's second quarter report, when it said some information was disclosed to the SEC in confidence. It noted that the regulator sometimes allows this to prevent other investors from riding on a company accumulating or selling shares in another firm.

The Associated Press said in another report that investors track Berkshire's acquisition disclosure as they use this to guide their own purchases given the well-documented success of Buffett in picking stocks.

Bloomberg added that the Phillips stake is relatively a small position for Berkshire, which owns shares worth more than $20 billion in bank Wells Fargo and Co. and food maker Kraft Heinz Co. It is also a top shareholder in several large companies such as beverage giant Coca-Cola Co., IBM and American Express Co.

Reuters noted that Berkshire, which ended June with $117 .7 billion worth of equities, disclosed earlier this month a plan to buy heavy industry equipment maker for more than $32.3 billion.