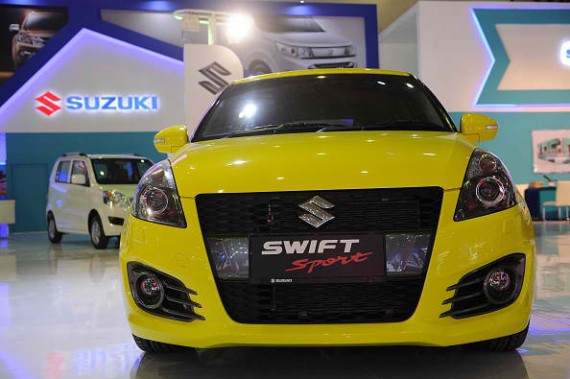 Arbitrators have ordered German carmaker Volkswagen AG to sell its 20 percent stake in Suzuki Motor Corp. worth 463 billion yen ($3.8 billion) as the two companies decided to break up the partnership due to irreconcilable disputes.

Bloomberg, citing statements form both companies, reported that Volkswagen and Suzuki are ending the partnerships as requested by the Japanese automaker. The report said the companies had a series of disputes since entering into a partnerships in 2010, when the German firm bought the stake for 222.5 billion yen.

Suzuki brought its dispute with VW to the International Court of Arbitration of the International Chamber of Commerce in November 2011, when the German carmaker refused to sell back the shares in Suzuki it acquired in January 2010, Reuters reported. The news agency added that arbitrators upheld the Volkswagen's counterclaim that Suzuki had violated their agreement but damages for that would be settled later.

Reuters said Suzuki does not see an impact from the settlement on its full-year earnings. Bloomberg, meanwhile, said the Japanese carmaker expects to hit  3.7 trillion in revenues by 2020, smaller compared to its competitors across the globe.

No project came out from the partnership, which was supposed to produce inexpensive cars for emerging markets. Bloomberg said VW had wanted to expand its presence in India through Suzuki, which was looking forward to getting access to the German carmakers technology. However, the relationship soured as Suzuki accused Volkswagen of withholding technology it promised to share, while the German firm complained against the Japanese carmaker's purchase of diesel engines from competitor Fiat, Reuters added.

Bloomberg reported that Suzuki wants Volkwagen to sell the stake back or to its preferred buyer, but the German company has hired a bank to study the divestment. Reuters reported that Suzuki expects to buy back the shares at a reasonable price, with automotive industry watcher Nakanishi Research Institute saying the company has ample resources, having stocked 1 trillion yen in cash reserves as of March.