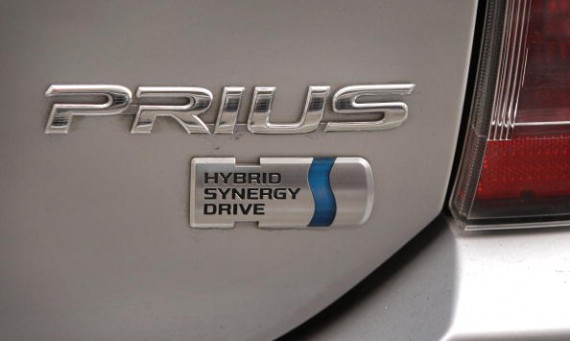 Japanese carmaker Toyota Motor Corp intends to roll out towards the end of the year the latest model of its hybrid car Prius, even as demand for environment-friendly vehicles has declined due to falling fuel prices, Reuters reported.

The Japan Times reported that the new Prius is 10 percent more fuel efficient than comparable vehicles, but noted that the hybrid must not only contend with falling oil prices but also new competition from electric vehicles. It added that the new Prius will debut in Japan late in 2015 and in the United States early next year.

Reuters said that Prius's latest incarnation, unveiled in Las Vegas on Tuesday, will have smaller and lighter vehicles and motors than its predecessor, which can run for 51 miles per gallon. Toyota said the latest also consumes less energy to produce more work.

The Japan Times said since the Prius's debut in 1997 as the first mass-produced gas-electricity hybrid car, it has led its category with more than 3.5 million units sold worldwide. The report added that it accounts for 40 percent of Toyota's hybrid sales and its top markets are Japan and the U.S., where over 1.5 million vehicles have been bought.

Reuters, however, noted that the current U.S. market will be tougher for the Prius as car buyers are preferring sports utility vehicles over hybrids with gasoline prices at their lowest level since 2004. It added that Prius sales in the U.S. fell by almost a quarter last month to 17,757 units.

In addition, the report stated that other carmakers are rethinking launches of their green cars given the business conditions, with General Motors Co. deciding to limit sales of its new hybrid in states where such vehicles are  well received.

The Japan Times said electric cars are also taking customers away from hybrids, which no longer enjoy the monopoly for green vehicles. The report added that electric car sales rose by 22.8 percent to 118,773 units versus the 8.8 percent drop to 451,072 vehicles for hybrids based on data from the Electric Drive Transportation Association.