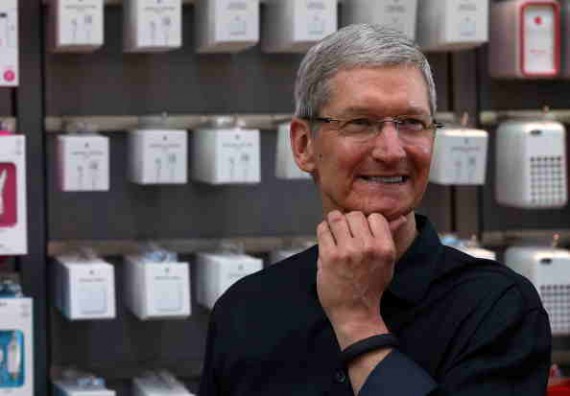 Apple, Inc. has launched the Restricted Stock Unit (RSU) program, a program that is usually reserved for the top management and top-ranking employees of the company, to be available to all its employees, including retail, according to a report from 9to5Mac.

The program being extended to all employees is usually Apple's way of retaining employee talent for long periods of time.

In a memo to its employees, Tim Cook, the CEO of Apple, said that the RSU program is usually reserved only for employees that are eligible.

"Each year, the management team recommends eligible employees - typically from our product areas - to receive RSUs as an incentive to continue their important contributions to Apple," he said. "Each grant is approved by the Board of Directors."

He adds in the memo that the new RSU program will allow employees who weren't eligible before to partake in this incentive.

"It's designed to reach employees who were not previously eligible, including many in our amazing retail and AppleCare teams," he said. "This new program extends eligibility to everyone not covered by other RSU programs, effectively making everyone who works at Apple eligible for an RSU grant."

A source in Apple Retail told 9to5Mac that the new RSU program is offering grants that are ranging from $1,000 to $2,000 worth of shares.

The share amounts are likely to increase based on the amount of time with the company, position, and assigned project.

Bruce Elliot, the manager of compensation and benefits for the Society of Human Resource Management, told The Washington Post that, though this kind of program is not uncommon for tech companies, it is uncommon for a company like Apple who has a large contingent of retail workers.

"I think they're taking a long view as it relates to talent and differentiating themselves," he said.

The Washington Post adds that the National Center for Employee Ownership found out in 2013 that only about 20 percent of the largest companies in the S&P 900 provide restricted stock to most of their employees.

The majority of those companies are in technology firms that don't have a large retail workforce.

9to5Mac adds that since the program is not common in the tech industry, it shows the company is going out of its way to retain its talent.