Lufthansa Announces Cancellation of 929 Flights Due to Labor Union Strike, Discussions on Retirement and Wage Issue Broke Down 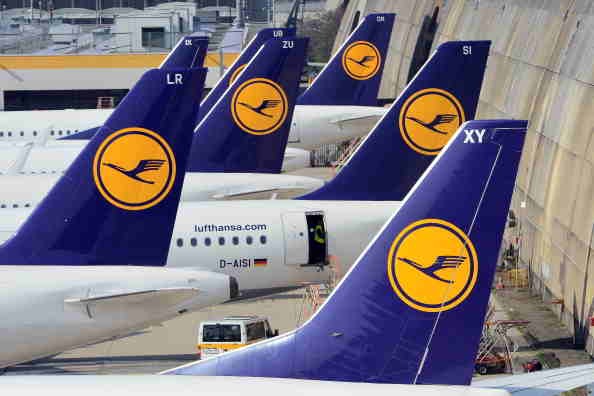 Lufthansa AG, Germany's airline, has canceled about 929 continental and intercontinental flights on Monday, November 9, 2015, according to travel information published by Lufthansa.

The cancellations were due to the Independent Flight Attendant's Organization (UFO) call for strike action, which is continuing for a third day, on Lufthansa's flights to and from Frankfurt, Dusseldorf, and Munich.

Lufthansa said in the travel information that it will do its best to keep the effects of the strike to a minimum and inform the passengers as soon as possible.

A total of approximately 113,000 passengers would be affected by the flight cancellations.

Lufthansa adds in the travel information that flights operated by Lufthansa CityLine, Germanwings, Eurowings, Air Dolomiti, Austrian Airlines, SWISS and Brussels Airlines are not affected by the strike.

Flights operated by these airlines will run as planned.

The Wall Street Journal adds that the UFO has called for the strike last week after talks about retirement and wage issues with Lufthansa broke down.

The airline's cabin crew refused to fly on Friday, Nov. 6, and on Saturday, Nov. 7, but returned on Sunday, Nov. 8.

The Wall Street Journal adds that the strike is the latest for Lufthansa as the airline seeks to cut costs and become more competitive with budget airlines.

The strikes have cost Lufthansa €130 million so far this year.

The union told The Wall Street Journal that Lufthansa has not been in contact with them since Thursday evening.

A spokeswoman from the airline, however, said that their latest letter to the UFO was delivered on Friday.

The Wall Street Journal that Lufthansa is also having issues with other labor unions as well.

The airline and the Vereinigung Cockpit, the pilots' union, has fought for some time over pension issue's and Lufthansa's low-cost strategy.

The Wall Street Journal adds that in September the pilots walked out, marking the 13th strike the airline experienced n 18 months.

Lufthansa said in the travel information that they "regret any inconveniences caused by the strike."

Passengers are requested to check their flight status at Lufthansa's website to stay up-to-date.