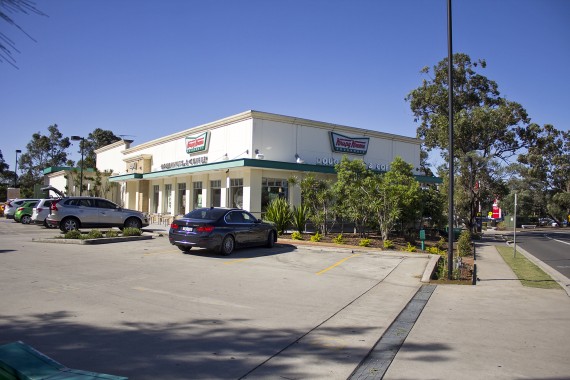 "We are pleased to have increased our top-line at a healthy pace despite the tepid consumer spending environment," Krispy Kreme chairman and chief executive officer James Morgan told MarketWatch.

Krispy Kreme profit also increased 6.7 percent to $114.2 million. Future predictions call for a profit of 15 cents based on $115 million in revenue.

"Outside of the Southeast, we plan to grow through franchising as we open up the vast portion of the United States that is yet to be franchised," Morgan told Bloomberg Businessweek.

The company has already began the process for new locations in Houston and the inking of a development agreement with Dulce Restaurants.

"We are thrilled that Dulce Restaurants has chosen to add portions of Houston to its development plans," Patricia Perry, vice president of domestic franchise development at Krispy Kreme said in a statement.  "Mr. Perales and his team bring extensive guest relations and operational experience, as well as a longstanding and successful history in the market."

There are more than 240 locations throughout the United States.  More than 560 franchise locations exist in 22 countries.

"Seeing the response and admiration for Krispy Kreme and our Original Glazed® doughnuts in Dallas has been a rewarding experience for me and my team," Guillermo Perales, president and chief executive officer of Sun Holdings, LLC said in a statement. "With our plans to continue developing the Dallas market now finalized and underway, we are excited by the opportunity to expand our relationship with Krispy Kreme and to make our one-of-a-kind sweet treats available in Houston."