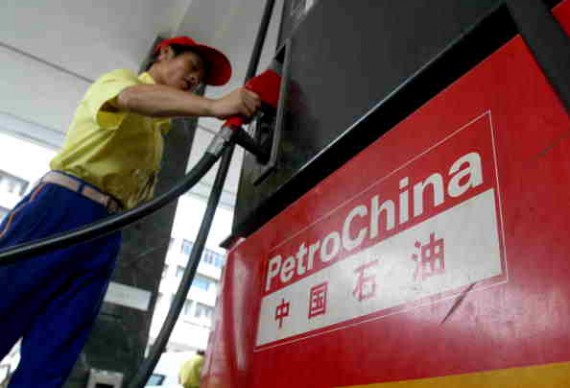 PetroChina Co., a Chinese state-controlled oil company, is planning to sell its stake in Trans-Asia Gas Pipeline Co. for as much as 15.5 billion yuan or $2.4 billion, according to a report from Bloomberg.

The sale is due to the biggest oil and gas producer in China seeking to meet its year-end profit targets and focus on exploration as energy prices continue to slump.

Bloomberg said that PetroChina said in a statement to the Shanghai stock exchange late Wednesday that their board of directors have approved a plan to sell its 50 percent stake in Trans-Asia Gas Pipeline.

The company will be selling its asset to state-owned China Reform Holdings Corp.

People with knowledge of the situation told Bloomberg earlier this week that PetroChina and its parent company, China National Petroleum Corp., are seeking to complete asset sales before the end of the year.

The two companies are looking to sell the asset to help meet the government-set annual profit goals.

Bloomberg adds that the government is looking into spinning off the oil and gas pipeline from its energy companies.

The Chinese government is looking to spin off the oil and gas pipeline to be an independent business as part of a sweeping industry overhaul.

The Wall Street Journal adds that PetroChina's net profit in the third quarter has fallen by more than 80 percent due to the weak global demand for oil and gas that has hit prices.

The company is also affected by the slowing economy of China, shaving away domestic demand the product it sells, like diesel fuel.

The Wall Street Journal adds that the divestment of the pipeline marks the beginning of the industry reforms that aims to make China's big energy companies leaner and more profitable.

Analysts welcomed the move but said that more would be needed to reform the country's state-controlled energy giants.

Bloomberg said that the sale of the pipeline is the first major divestment of either PetroChina or China National Petroleum since PetroChina sold its 20 billion yuan pipeline stake to institutional investors in 2013.