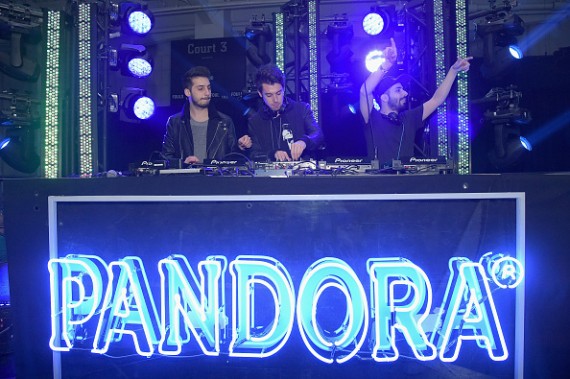 Pandora, the world's largest music discovery platform, has announced in a press release that the Copyright Royalty Board released the rates and terms for the "Web-IV" rate-setting proceeding.

Pandora said that the rates and terms the Copyright Royalty Board released establish the sound recording royalty rates that are paid to performing artists and record labels by Internet radio services.

Brian McAndrews, the CEO of Pandora, said that the Copyright Royalty Board's announcement is a "balanced rate" that the company "can work and grow from."

"The new rate structure will enable continued investment by Pandora to drive forward a thriving and vibrant future for music," he said.

He also said that it is a top priority for Pandora to work "collaboratively with partners across the music industry" as the company "connect listeners with music they love, and artists with their audience."

The Times Gazette said that the Copyright Royalty Board's decision was modest in their increase of the rates paid to performing artists.

SoundExchange, a lobby group that represents record companies and artists, has been petitioning for a 10 cent increase to the licensing rate for 100 songs.

Pandora meanwhile was asking for a 3-cent decrease.

The board, ultimately, decided that an increase of three cents was appropriate, which bumps the rate up to 17 cents for every 100 songs.

While the increase won't be devastating for Pandora, the company will be impacted enough to pass the price hike to consumers in the New Year.

The company will not only eliminate the annual subscription option but also add $1 a month to its monthly subscriptions.

Pandora, though, will still have the most affordable option for popular music streaming services at $4.99 per month.

Spotify and Beats Music both offer music streaming for $9.99 every month.