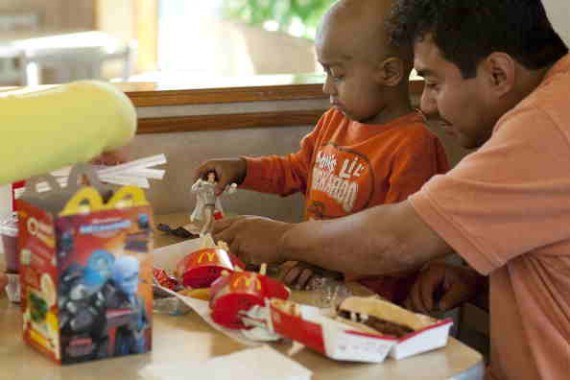 McDonald's is experimenting with the roll-out of mac and cheese in Cleveland, Ohio, available for a limited time, according to a report from Brand Eating.

The new menu item is available either a-la-cart or as a Happy Meal entrée in Cleveland.

Fox News said that McDonald's have been experimenting with its menu items in order to boost the sales of its chains.

In October, the company introduced its all-day breakfast menu and the strategy has brought in new customers.

"We're always gathering feedback from customers on the food and beverages they'd like to be served at McDonald's and this is another example,'' the company said at that time.

The fast food chain has been trying to reverse a three-year sales slump as consumers grew tired of the company's offerings.

The company also gets criticized often for marketing junk food to children.

Kids today, though, can now get apple slices, yogurt milk, or juice with their meal.

The company, in 2013, also was one of the fast food chains to remove soda from Happy Meals menus.

A McDonald's employee said that the mac & cheese comes frozen and has 190 calories, about the same as a four-piece McNugget.

CNN Money reports that McDonald's is offering mac and cheese in only 18 restaurants in the Cleveland area, which has served as a test market since summer.

Lisa McComb, the spokeswoman of McDonald's, said that the fast-food chain is always looking for new ways to serve customers.

"We're always looking for new ways to offer relevant tastes to our customers, so we're giving mac and cheese a try and gathering valuable feedback from our customers," she said.

The company sells mac and cheese Happy Meals for $3 while separately it costs $1.75.