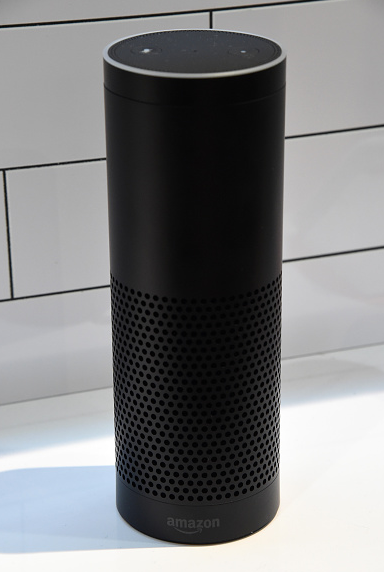 Amazon Echo is looking to get a makeover, but the reviews are already mixed as it goes into previews. The new product, for the time being called "Fox", has been in debate with its price for Prime members as well as its capacities compared to Amazon Echo.

According to Time, "The Amazon Echo is a speaker and personal assistant meant to be used in the home, but a newer version that's easier to use on the go might be in the works. Amazon is reportedly developing a new wireless Echo speaker roughly the size of a beer can."

This means that consumers can tote Amazon Fox around everywhere they go - work, parties and even camping in the wilderness! Better not mix it up with real beer cans and throw it the cooler.

The reports are that the new Amazon Echo will be cheaper, smaller and plug-free. So what are the mixed reviews surrounding Fox? Well it looks like "the smaller Echo will only be able to respond to voice commands after the push of a button, in order to preserve battery life," according to Time.

Oh no. We have to activate something to use it? This is going to completely ruin the Amazon Prime lifestyle!

More about the price for Prime members and non-members. According to USA Today, Amazon insider said that there will be a major cut from the usual $180 for Amazon Echo. She said that "the magic price point is $50 or $100."

Which is less than a month bill in utilities!

Will you be lining up to get your hands on the new Amazon Echo? Do you think the price will drop for Prime members? Let me know in the comments below!