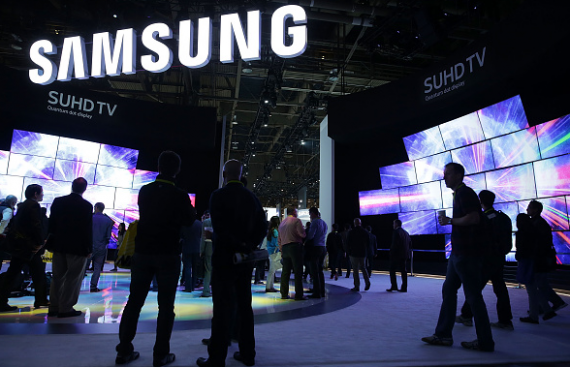 Apple and Samsung have been in lawsuit and patent war ever since the two companies came to be and it looks like this won't end any time soon. There are patent infringement lawsuit that they dragged in from the past year and now both Apple and Samsung have added new lawsuits to the mix! Happy new year!

According to Reuters, "Samsung Electronics Co Ltd urged a U.S. appeals court on Tuesday to find that a jury in 2014 should not have made the South Korean company pay nearly $120 million to Apple Inc for infringing three patents. Apple's "quick links" patent, which accounts for more than $98 million of the damages award, was the main focus in Samsung's latest effort to overturn major court victories by the U.S. technology company over the past two years."

As 2015 was ending, Apple accused Samsung of another patent infringement, hinting that it will not go for settlement too quickly. According to Bloomberg, "Apple Inc. asked a U.S. judge to award it about $180 million more in its long-running smartphone patent war with Samsung Electronics Co. The request follows a $548 million judgment that the Korean handset maker paid this month. Two weeks later, Samsung asked the U.S. Supreme Court to overturn the bulk of the award in what would be the court's first case involving design patents in 120 years."

With Apple poised to release the iPhone 7 and having Samsung Galaxy S6 flopped in the market, the market is watching both companies closely to see who will have the edge in today's smartphone industry.

While Samsung has had a lead in Asian markets, Apple has had the Americas as the strong hold. Apple also has been reaching out towards the Chinese and other Asian markets, in hopes of also making Mac computers more popular in that region.

Do you think the next patent infringement will come from Apple or Samsung? Who do you think will reach settlement first? Let me know in the comments below!