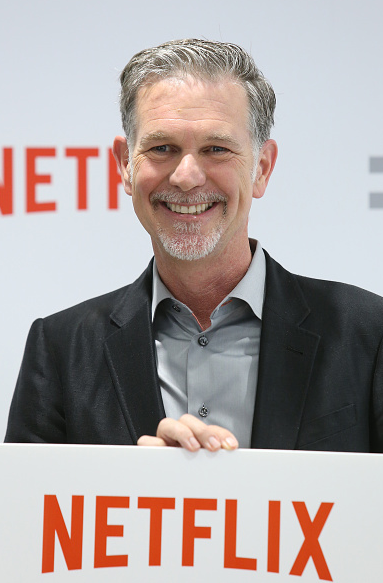 Netflix users have been super anxious about sharing accounts, but Netflix CEO was surprisingly chill about it. Reed Hastings even commented that sharing account "hasn't been a problem". But considering Golden Globes 2016, he probably has bigger things on his mind - aka Amazon!

According to Fortune, "Rules about account sharing are pretty vague, so Netflix CEO Reed Hastings shared his thoughts about the common practice at last week's Consumer Electronics Show."

The article reports that Netflix CEO said, "whether it's with "two people on a couch or 10 people on a couch," is a good thing. As for sharing your password with someone, he only addressed those who share it with family members."

He explicitly said, "As kids move on in their life, they like to have control, and as they have an income, we see them separately subscribe. It really hasn't been a problem."

Sounds like Netflix and chill should be the tagline to Reed Hastings!

But after this weekend, Netflix should be feeling more nervous about its newest competitor - Amazon! According to CNBC, "Amazon walked away as one of the clear winners from Sunday's Golden Globes ceremony, having picked up two awards for one of its original series."

The same article reports that "Amazon Prime Video's "Mozart in the Jungle" picked up two awards for Best Comedy/Musical series and Best Actor in the same category at the 73rd Golden Globe Awards, demonstrating that streaming sites remain popular among critics, not just broadcast and cable viewers."

Netflix has also been releasing a horde of new shows like "Jessica Jones", Aziz Ansari's "Master of None" and more. But it looks like Amazon has a knack for producing more artful and commercial shows that appeal to the awards committee.

Do you think Amazon will beat out Netflix in the streaming services? Let me know in the comments below!