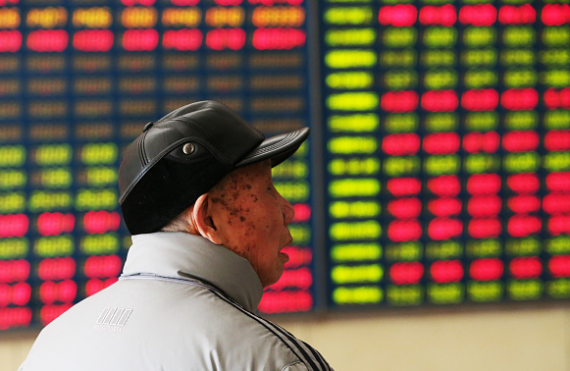 According to CNN, "Asian stocks are following Wall Street's drop. Japan's Nikkei plummeted as much as 4% Thursday morning, while the Hang Seng in Hong Kong fell as much as 2.1%. The declines came after a rough day of trading in U.S. markets Wednesday that brought the Dow, S&P 500 and Nasdaq into correction territory, meaning they have tumbled 10% or more from their recent peaks."

Same article reports that "Experts say stocks are coming under pressure from slumping oil prices and uncertainty over China's slowing economy and its weakening currency."

Many are linking Asian stock market drops with the all-time low of oil prices today, which signifies that the world production and growth has slowed down. The fact that the US having a hard time boosting its growth is a sign that Wall Street isn't faring so well either.

According to Reuters, "U.S. stocks tumbled on Wednesday to their lowest close since September and oil prices gave up an early rally on mounting worries about the global economy."

This is inspiring fear in everyone, according to a source from the same article. ""There is a fear that the global economy and the U.S. economy as well could lapse into a recession given the fall in energy prices and greater economic weakness overseas," said Tim Ghriskey, chief investment officer of Solaris Asset Management in New York."

Do you think there will be rebound in Asian and Wall Street stock market? Let me know in the comments below!