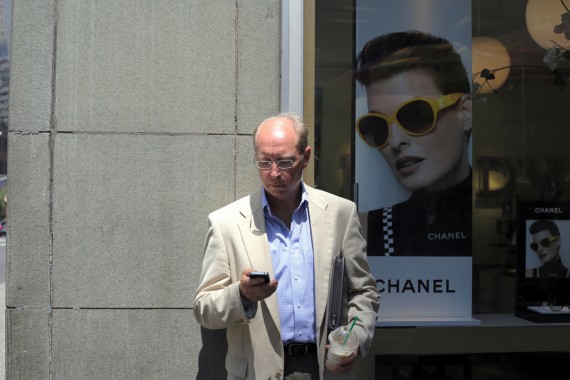 A New York congressman proposed legislation on Monday which would require a “kill switch” in smartphones. The proposal was introduced as way to bring down smartphone theft.(Photo : WarmSleepy)

A New York congressman proposed legislation on Monday which would require a "kill switch" in smartphones.

The proposal was introduced as a way to bring down smartphone theft, according to WIBW. Smartphones have great value on the black market, further motivating thieves to go after the devices, resulting in violent, and sometimes deadly, robberies.

Megan Broken, 23, was sitting in her car when a gunman robbed and killed her in August of 2012, WIBW reported. Hwangbum Yang, 26, was shot and killed during an iPhone robbery in the Bronx that same year.

The bill was proposed by Bronx Rep. Jose Serrano, and would be enforced by the Federal Communications Commission, according to Metro. The legislation would allow smartphone users to remotely delete data from stolen phones, making the phones useless to thieves.

Serrano talked about the danger of this crime, saying that in 2012, one in three thefts in the U.S. involved a mobile device, CBS New York reported. Serrano added that these crimes often lead to violence.

"It is time for smartphone carriers and manufacturers to get serious about protecting the safety and security of their customers," Serrano said. "This legislation will ensure that consumers are empowered to protect themselves by rendering their smartphones useless in the hands of criminals. This is the most effective way to deter smartphone theft."

Bratton spoke about his support for the bill and the need to focus on stopping smartphone robberies, according to CBS New York.

"You put cops where the problems are," Bratton said. "Right now, this is a major problem so we're going to have to put more resources into this problem."

Bratton added that money is playing a role in these crimes.

"Profit, that's what this is all about," Bratton said.