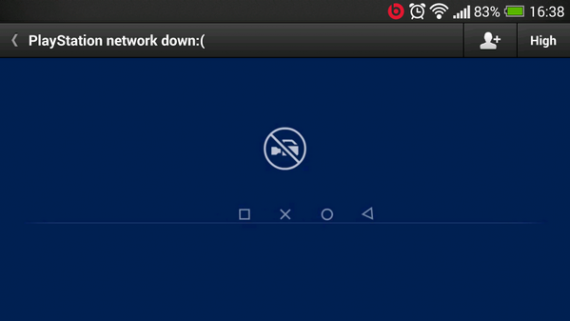 The PlayStation Network is down for maintenance Monday.(Photo : Twiiter Photo Section)

Sony engineers are working out kinks in its PlayStation network until 2 p.m. Monday as the company maintains its timetable to for servicing its online component and digital distribution according Venture Beat.

The shut down began at 8:30 a.m. Monday and affects all Sony PlayStation devices which utilize the network, including the PlayStation 3, PlayStation 4, the handheld Vita, and PSP.

Sony took to its website to announce the news.

"We thank you for your patience and support and apologize for any inconvenience this may cause. In order to access online gameplay and partner apps during this routine maintenance, we ask that you please sign into the network prior to [it starting on Monday morning]," the company said in a post on its forum.

The shut down affects all Sony PlayStation devices which utilize the network, including the PlayStation 3, PlayStation 4, the handheld Vita, and PSP.

Users who have accessed their accounts on or after March 6 are still able to compete in games, and apps such as Netflix VentureBeat reported.

The game console has eight x86 CPU-codes titled Jaguar, and is manufactured from Advanced Micro Devices according to Network World. It also comes equipped with upgraded graphics co-processors capable of handling 1.84 teraflops of performance according to information from Tech Hive.

The machine has 500 gigabyte hard drive that can play blu-ray DVDs. There are also eight gigabytes of GDDR5 memory or quick network speed random access memory found in graphics cards. Game makers put 176 gigabytes of network speed a second on the machine since they wanted the computer to run faster.

Sony's previous game console models are the PSone, PlayStation 2, and PlayStation 3 in various sizes. There is also the Playstation Vita, which users can hold by hand.