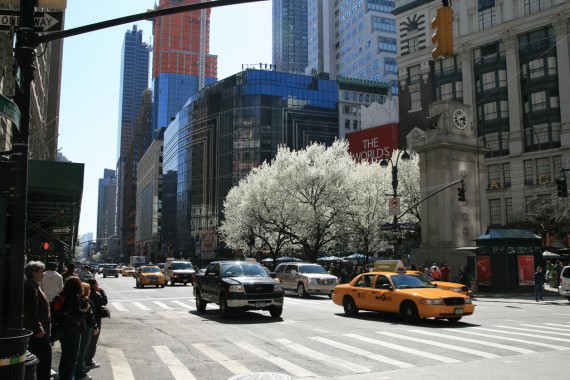 New York City’s grading system for restaurants will be slightly improved in order to reduce fines. City Council announced on Friday that the letter grades will still remain.(Photo : Bernt Rostad)

New York City's grading system for restaurants will be slightly improved in order to reduce fines.

City Council announced on Friday that the letter grades will still remain, according to Liberty Voice. Fines that are given to restaurants during inspections will be affected by the changes.

City Council Speaker Melissa Mark-Viverito said the fines will be more controlled and consistent in penalties, and that the amount of money New York City will take in from restaurants will decrease by 25 percent each year. Mark-Viverito added that restaurants will be treated fairly while making sure inspections keep contaminated food out of the hands of the public, Liberty Voice reported.

The grading system, implemented by former Mayor Michael Bloomberg in 2010, gives out grades based on an A through F scale. Under the proposed rules, restaurant owners who receive a rating lower than an "A" on an initial inspection can avoid financial penalties if enough violations are thrown away to regain the rating. Before the proposed rules, those owners would have to pay a minimum penalty of about $400, even if some violations were canceled later, the New York Times reported.

The grading system has thus far been successful in managing health and safety in restaurants, with cases of salmonella having decreased by 14 percent since the beginning of the program, the New York Times reported. Dr. Mary T. Bassett, the city's new health commissioner, said on Friday that fewer rodents were being found during inspections. However, owners say that health inspectors were not specific about standards and would issue penalties for relatively small offenses, which resulted in huge fines. Fines totaled over $40 million last year.

Bassett said the new rules are intended to "balance fairness to these small business owners who are the lifeblood of our city, while at the same time maintaining safety standards."

The improvements to the grading system include reducing the amount of set fines for certain types of violations. Restaurant owners will also be given a second chance to fix structural violations, which include a missing pipe ring or a hand-washing sink placed too far from the food preparation area, according to the New York Times.

A total of 88 percent of New York City's restaurants currently receive an "A" grade. Since the letter-rating system started, the amount of "B" and "C" grades has decreased.