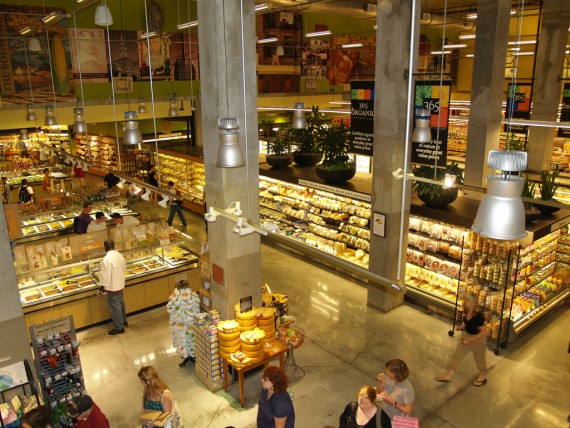 The New York City Council introduced a bill on Wednesday that would charge customers 10 cents per grocery bag at stores. The legislation was proposed in order to bring down the amount of bags that are used and thrown into landfills.(Photo : David Shankbone)

The New York City Council introduced a bill on Wednesday that would charge customers 10 cents per grocery bag at stores.

The legislation was proposed in order to bring down the amount of bags that are used and thrown into landfills, according to CBS New York. Officials said the city would save roughly $10 million each year.

"My understanding is the legislation is not focused on banning plastic bags," Deputy Sanitation Commissioner Ron Gonen said. "It's focused on charging a fee to encourage people to use less."

Council Members Brad Lander and Margaret Chin, who sponsored the bill, said that plastic makes up over 1,700 tons of residential garbage per week in the city, myfoxny reported.

"The bags get stuck in storms drains, they cause flooding and they litter our beaches," Chin said at a news conference. "And they cost New York City a lot of money."

The fee would apply to markets, bodegas, street vendors that sell fruit, vegetables and other products and retail stores such as drug, clothing and department stores. Restaurants, liquor stores and pharmacies would be exempt from the fee, CBS New York reported.

Fernando Mateo, a spokesperson for the Bodega Association of the United States, said they support the bill in its effort to keep the environment safe.

"However, NYC needs to do more in terms of educating the public through public service announcements," Mateo said. "The best way to deter the use of harmful products to the environment is to teach the uneducated consumer."

"Bad idea," said shopper Ed Stark. "I know it's an attempt to reduce the use of bags, but I don't think the right way to do it."

Nineteen council members are in support of the legislation, myfoxny reported. The bill needs 26 votes to be passed.

Mayor Bill de Blasio has not supported the bill, but said bringing down the use of plastic bags was "a social goal."

"The plastic bags are a problem, and our goal has to be to reduce the use of plastic bags," de Blasio said.