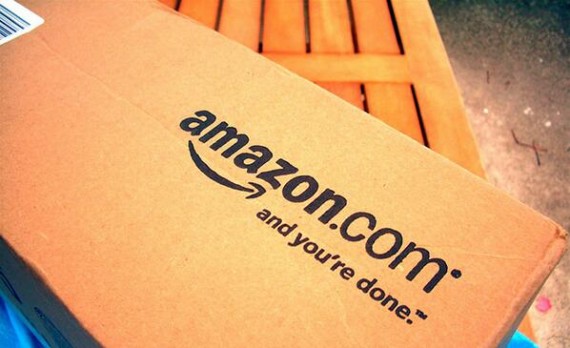 Amazon is offering unhappy employees up to $5,000 to leave their positions depending on their seniority with the online retailer.(Photo : Creative Commons)

Amazon has no plans to unveil a streaming service according to information from the online retailer The Wall Street Journal reported Friday.

"We're often experimenting with new things, but we have no plans to offer a free streaming-media service," Sally Fouts, an Amazon spokeswoman told The Journal.

Previously proposed plans called for a program that showed television and music videos especially when a consumer looks to buy a music compact disc, and a video shows up on the page displaying the visual side of a song through advertising The Journal reported.

The company states the process it has gone through is commonplace for the online retailer. Consumers can instead view previews of films, and games.

"We have a video advertising business that currently offers programs like First Episode Free and ads associated with movie and game trailers, and we're often experimenting with new things, but we have no plans to offer a free streaming media service," Amazon said in a statement Hollywood Reporter reported.

Amazon also spends the majority of the time developing its Prime service, which houses its Instant Video component.

"We continue to build selection for Prime Instant Video and create original shows at Amazon Studios, but we are not planning to license television channels or offer a pay-TV service," Drew Herdener, Amazon VP of public relations told Variety.

Users who sign-up for the retailer's Prime Service go on the company's website double the amount compare to those not enrolled.

The program has a 30 day trial, which people can sign-up on Amazon.com. Features include two-day shipping, at no cost for tons and tons of inventory, limitless streaming for several movies, and TV shows via Prime Instant Video, and books for no charge on a monthly basis using Kindle First, and Kindle Owners' Lending Library according to information on the Amazon Prime website.