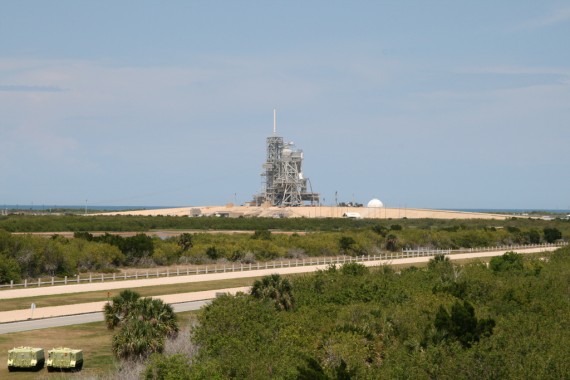 NASA and Space Exploration Technologies Corporation (SpaceX) have signed a deal that grants SpaceX ownership of NASA’s Launch Pad 39A. The launch pad is where Apollo 11 launched on the first manned moon landing in July 1969.(Photo : Bernt Rostad)

NASA and Space Exploration Technologies Corporation (SpaceX) have signed a deal that grants SpaceX ownership of NASA's Launch Pad 39A.

The launch pad is where Apollo 11 launched on the first manned moon landing in July 1969, according to Fox News. SpaceX will use the pad to support their rockets and spacecraft in future missions.

"Today, this historic site, from which numerous Apollo and space shuttle missions began, and from which I first flew and left the planet on STS-61C on Columbia, is beginning a new mission as a commercial launch site," Charles Bolden, NASA Administrator and former astronaut, said during a press conference at the pad.

Gwynne Shotwell, president and chief operating officer of SpaceX, said the company could use 39A to launch its Falcon Heavy rocket next year at the earliest, NBC News reported. If SpaceX is chosen as a contractor, astronauts from NASA could also be launched from the pad in 2017 or 2018.

The deal was signed at NASA's Kennedy Space Center, ending a month-long chase for the pad between SpaceX and Blue Origin, a rocket venture founded by Amazon.com CEO Jeff Bezos.

The space shuttle fleet retired in 2011. Since then, NASA has been looking for private companies to provide commercial launch services to low Earth orbit and the International Space Station. SpaceX is looking to start modifications for 39A later this year to prepare for its first launches in 2015, Fox News reported.

Space X stated that Falcon Heavy will be the "world's most powerful rocket."

As part of the deal, NASA will keep control of Launch Pad 39B for the development and launch of its next-generation Space Launch System, which is set to liftoff in 2017, NBC News reported. Bolden said Blue Origin and other rocket ventures that need to launch from Kennedy Space Center can use 39B, and SpaceX CEO Elon Musk said 39A could also be made available.