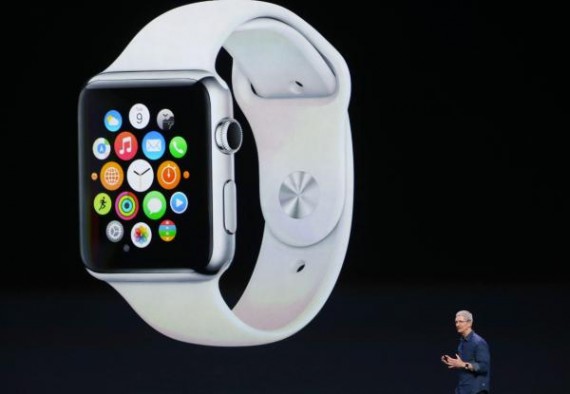 It starts the execution of Cook's vision for the company of wearable devices. It's the latest product since Apple's introduction of the iPad on 2010. The company also introduced two new iPhones, a 4.7-inch iPhone 6 and a 5.5-inch iPhone 6 Plus.

Cook said it's the "most personal device" the company has ever created. He said it marks "the next chapter in Apple's history."

In the event held in California, the chief executive revealed two versions of the Apple Watch. They unveiled a smartwatch with a 1.65-inch screen, as well as another smaller one. Each device is designed to work with an iPhone. Users can send and receive emails with the watch, and they can also check appointments and use voice commands. The watch can track the user's physical activity and pulse.

What sets it apart from other smartwatches is that it has an interface that can detect a gentle tap and firm push. This leads to a wide array of possible touch screen features.

"We invented new, intimate ways to connect and communicate directly from your wrist," said Cook.

Critics said that the pitfalls of the device lies on its dependency on the iPhone. The only thing the smartwatch cannot do without Apple's smartphone is to tell the time.

It may be the first smartwatch Apple will release, but it now joins a saturated market dominated by Samsung, Sony, and Pebble. But despite this, the device is still not as in-demand as smartphones.

Aside from the new iPhones and the smartwatch, the CEO also presented Apple Pay, a feature that will allow users to pay using their iPhones.

The Apple will enter the market early next year with the standard retail price of $349.