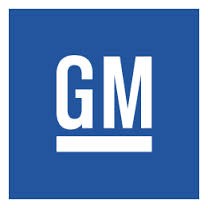 The famous United States vehicle maker General Motors Co. will recall more than hundreds of thousands of automobiles due to the defective parking brake that can cause fire danger. This is according to the letter from the top United States auto safety organization that was shown to the public.

The issue on GM's Cadillac XTS 2013-2015 and the Chevrolet Impala 2014-2015, as written in the letter that came from NHTSA or known as National Highway Traffic Safety Administration, read by Reuters.

The total quantity of vehicles to be recalled was over 221,000, as per the company's statement, these figures include the 205,309 units found in United States, and the remaining cars are in Canada and other parts of the globe.

"General Motors know nothing of any reported crashes, fatalities or injuries that resulted from this matter," according to the brand's statement.

The issue was because of the indicator light of the brake which sometimes malfunction or does not work while the brake was not totally retracted.

If the car is used for quite a long time with this current condition, there is a possibility for the rear brakes to produce excessive heat, sparks and even significant amount of smoke," as the National Highway Traffic Safety Administration stated.

"The brake pads that are remain slightly engaged with the motors may generate too much brake heat which can lead or cause fire later on. This is when it becomes dangerous to the the drivers."

The NHTSA's deputy official David Friedman made a huge criticism on General Motors for failing to report and recall vehicles about the issues on switches for ignition that caused to more or less 19 casualties. And this has been quite alarming to the public.

The organization has already recalled around 15 million units all over the world this year 2014 due to the problems on switches.