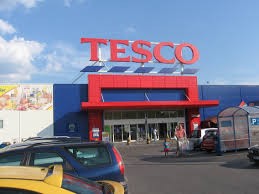 The brand badly needs culture change if it aims reinvention. This is according to the organization's top official Dave Lewis.

An email addressed to employees during the accounting scandal, the official stated, "To reinvent our brand, it needs transformation on our culture. We are promoting open communication in our company, as well as practice transparency. Open communication and transparency are must when working in Tesco."

The shares of the company dropped after there were errors on payments from business partners which involved significant amount of money during the first half of the business year.

The issues of the brand on payments to suppliers made huge impact in the industry, wherein retailers have acted and demanded more from them.

Recently, it was found out by one of the biggest credit rating group that the revenue of the company might come from supplier kickbacks. The brand is also called for its transparency issues, which the credit group said must observe it all the time.

"There should be better revelation for easier troubleshooting and strict observance of accounting regulations, " as one of the financial officer advised.

"The program on vendor allowances in Europe area is unstable, however, if they are as rampant as they are in United States, they might have the chance to exceed the entire operating profit to other supermarkets."

The group's statements arise when Tesco performed investigation on the payments of the supplier which are closely monitored by regulators and analysts. Apart from them, shareholders will also take part of the monitoring.

During this week, Tesco, Morrisons and Sainsbury's will be under the microscope of UK's very influential fund officials to prove the difficulties in the market.

Neil Woodford, who had shares in Tesco but eventually sold it after the first revenue, commented it might take longer time before the brand, or even other UK retailers, will have value again for investment. This statement was released during his interview in BBC radio.

"This is a tough time for the industry, balance sheets should be rebalanced before the industry gets away with this slump and can be alive again. The future will definitely be tough for this sector, Tesco in particular," as what he analyzed.

Woodford was behind the Britain's most huge investment fund at Invesco Perpetual before he went solely at his Woodford Investment Management.