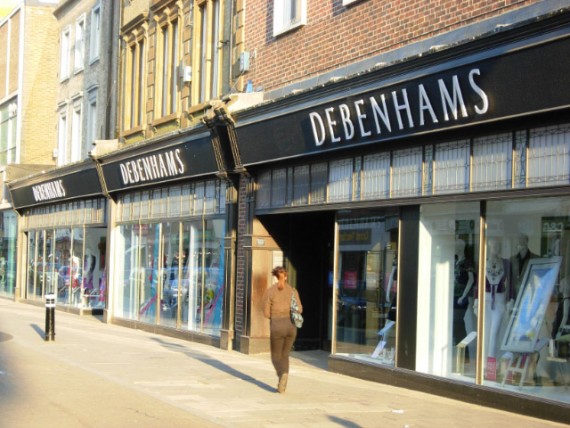 Few weeks after the winter collection has arrived, famous retail brands offer discounts to improve their sales during the not-so cold season

Fashion retailers are putting out their promo signage for their knitwear and coats. They have been conducting huge markdown activities since sales have been slacking lately.

Marks & Spencer, Debenhams, New Look and House of Fraser have all been running discounts few weeks after getting the new collection.

M&S is having promo on almost all their dresses, knitwear and tops for five days, Debenhams and House of Fraser are both running 25-30% off on their latest collection. New Look is having campaign on their huge markdown as low as 60% on its webpage. Apart from the markdown, M&S is giving away vouchers, despite their commitment to their partners to lessen their promotional approach and concentrate on boosting their revenue this year.

According analysts, Marks & Spencer markdown activities together with its ongoing issues on its website might affect their commitment to their partners. However, the brand was quick to reply that it has been following their projected sales activity for the year, and their promos are on selected items only.

Retailers incurred a bad drop of sales during the third week of September as per reported by the BDO, an organization that conducts regular survey on retail shops such as Oasis, White Stuff, TM Lewin and French Connection. Even the department store experienced poor sales performance in the same week, as compared to their same week in last year's figures. But for the sales of electrical items and furniture, they have been doing good.

"With the current warm climate and temperatures are up, consumers were not into shopping for cold season apparel," according to Lewis from his weekly sales report.