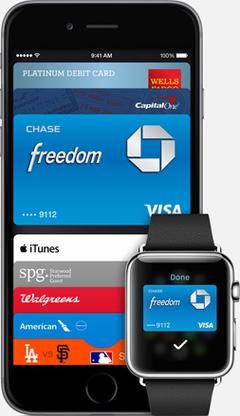 Apple's Mobile Wallet App, Apple Pay is introduced in the latest iPhone 6 smartphone.
Apple Pay offers convenient and secure payment method using a fingerprint scan and a wave of the user's smartphone.
"Security and privacy is at the core of Apple Pay," said Eddy Cue, Apple's senior vice president of Internet Software and Services.
"When you're using Apple Pay in a store, restaurant or other merchant, cashiers will no longer see your name, credit card number or security code, helping to reduce the potential for fraud," he added.
Apple Pay teams up with US Bank for the release of the mobile wallet app.
Dominic Venturo, Chief Innovation Officer at US Bank is looking forward for the partnership and sees the potential in the mobile wallet app.
Apple Pay prevents security breach by not disclosing the user's credentials and most importantly, credit card and debit card numbers.
Hackers that want to get into the system will have to go through Apple Pay impenetrable barrier that uses an encrypted number for each transaction connected to the user's bank.
220,000 Participating businesses partnered with Apple Pay which includes Mcdonald's, Macy's and Nike which have special scanners to read the user's phone.
On the other hand, other big retailers like Best Buy did not want to use Apple Pay and instead chose another mobile wallet to be launched in 2015.
A group of retailers, Merchant Customer Exchange created the application "CurrentC," whose features are similar to Apple Pay.
CurrentC uses point-of-sale scanners which are readily available in retail stores.
The mobile wallet application also uses a personalized security code to link to the user's account, according to MCX.
The application also employs a Quick Response (QR) Code with each transaction.
The major difference is CurrentC is available for both smartphones that use Android and iOS platforms.Currently is in the works and will be available in the U.S. in 2015.