Mothercare New Head to Invest Own Money for Rights Issue 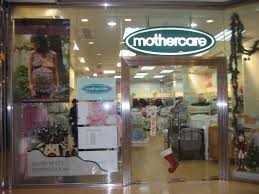 The newly-appointed official, Mark Newton-Jones, spends his own money to the business, believing the brand has future in United Kingdom

Newton-Jones will invest his own resources to the brand's projected rights issue, and insists that the company will succeed in UK as the to mother-daughter apparel specialist.

He claimed that the board and executive officials had promised to take up shares in the major rights problem which will finance the closure of the poor-performing branches, IT investments and payable in the current intention to help the brand.

"We are investing our money to the business. It is imperative that while we ask our shareholders to put up money for the future of the brand, we are also executing it ourselves. It will be a huge turnaround." The latest acquisition will help Newton-Jones comply with the obligation to acquire shares equivalent to his pay within three years of his service.

Since Mothercare, still haven't paid dividend since 2012, informed the shareholders will not receive payout, Newton-Jones stated that there were encouraging comments during the discussions about the fundraising which will include highest shareholders.

Newton-Jones said the brand will be a digital first brand, which uses gadgets and interactive screens inside the shop. This will help consumers to view clips and introduce more products on high end line.

The brand has lowered its cost by closing poor-performing branches in the last three years. It is still planning to close more branches by the end of the business year. The Early Learning Centre shops will be included in the closures, but it will still go on producing toys but sold online and in other department stores. The staff will be relocated in the neighboring shops to help them out.

Mothercare made known the rights issue few months after declining a takeover deal from Destination Maternity of the United States. Major shareholders supported the decision, despite the brand has been struggling in current years.

He revealed that the money was necessary last July when he stated the UK business was traditional using old systems and invigorating shops. But when he took over last March, the brand has been showing progress and showed promising results.