Phones 4u to Close Shops more Staff to Lose their Jobs 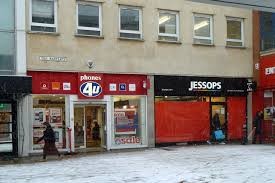 Over 2,400 Phones 4u employees go home jobless after planning to wind up the digital retailer, as announced last week.

The Administrator PWC stated that over 300 branches will shut down, as soon as possible which more than 1,000 staff will go home jobless. There are 700 plus staff that are retained for short term basis just to help out in the closure.

After the news, the Phones 4u collapse into administration previous week after EE-owner of T-Mobile and Orange networks-named as the last mobile operator to declare it will stop selling phones and contracts to the shops. The move quickly made a risk on the positions of staff working for Phones 4u.

The EE business move resulted a desperate scenario right after Vodafone stopped its business few weeks ago. The competitor network O2 get rid of selling to the retailer earlier as well.

As per the joint administrator's statement, "we regret that we made difficult decision to cease operation of some stores. It is very sad for the staff position in those locations and we extend thoughts to them. We will do our best to help them."

The sad news was followed by the confirmed acquisition of some Phones 4u units by EE-which protected over 300 jobs. After such deal, a statement from Vodafone that it will acquire 100 plus Phones 4u branches, which then protected more than 800 job positions. The Dixons Carphone declared that will cover 800 employees, who worked for Phones 4u, with them. Overall, there will be more than 2,000 staff from Phones 4u who will get their jobs back.