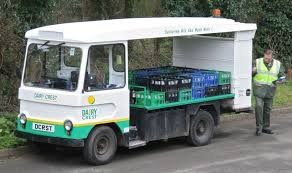 The Dairy company, owns the Cathedral City and Clover group, will close bottling factories in London and creamery in Somerset area

Dairy Crest will cease the operation of two plants and planning to cut expenses which will involve more than 200 jobs in danger.

The company will stop the glass-bottling factory located in Hanworth, west London as well as the cream potting factory in Chard, Somerset. This included in the cost-cutting strategy of the company for the year.

The brand said that the Hanworth-located bottling factory, who currently has more than 200 staff, will cease its operation in two years.

The company also stated that the location had struggled due to the customer preference for purchasing milk in plastic canister than the glass ones. During the year 1975 about 94% of milk was packed in glass bottles, but this has dropped to only 4% by the year 2012.

According to the brand's statement, it released its statement to 1,400 staff that the organization is doing the best to keep its delivery operation.

However, the dairy markets had been very unstable, with the prices of cream dropped by 40% from fall's peak season and both prices for skimmed and cream milk powder went down to 15% since previous month. Even the shares decreased more than 3%.

The Dairy Crest will cease its Chard system, which as of the moment has more than 60 staff, during the second half of year 2015, since the organization has declared it as not economically feasible.

The chief executive official Mark Allen commented, "The decisions made to stop the operation of our Chard and Hanworth factories have been considered lightly, however this is a long term goal and for the future of the company as a whole. We are doing the best that we can to help staff who will be affected of this business move."

Nevertheless, Dairy Crest has included in a business update that sales performance of their other brands-FRijj, Clover, Country Life and Cathedral City-went up by 4% during the first three months of the year against the previous year, and projected a similar growth rate in the first six months.