EE Allows Phones 4u Agreement to Save Jobs 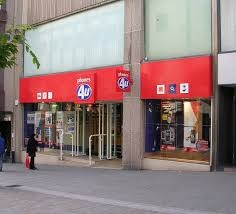 Negotiations are on going with other possible buyers, even global companies interested to be in UK market

The officials of Phones 4u are predicted to agree with the acquisition of 60 units by EE to save jobs at stake.

The final conditions of the agreement are being sorted out however, a statement is awaited to be released soon. If the talks will push through, the acquisition of shops will save roughly 400 positions at the branches which reached to the admin few days ago.

But it appears to be positive that the number of jobs from the brand's fall will reach up to thousands.

The negotiation done with possible buyers, which includes other global names that are eager to be in UK scene and Dixons Carphone.

The competitor compayny, Vodafone has eventually confirmed to acquire 140 units, keeping more than 800 jobs. On the other hand, Dixons Carphone has expressed its interest to give positions to 800 staff who worked for Phones 4u departments in their shops.

So far the impact of the company's break down has been shouldered by Newcastle head office, where almost majority of the 1028 employees were dismissed the previous week. The organization, formed by John Caudwell in the year 1996, started its operation with 560 units with over 5000 employees.

Despite the entry of Vodafone and EE to safeguard the jobs, it was their resolution to cease the supply which led to its collapse, which even resulted to verbal argument with Phones 4u's BC Partners, the equity owner of the brand. Previously, BC Partners made allegations on Vodafone of purposely making the decision of the cessation in supply to bring major damage to the organization. It even called EE's resolution to stop supplying to Phones 4u as doubtful move.

The mobile retailer were selling mobile device contracts and units to customers on behalf of the network operators. However, its business platform was gradually weakened when the networks started to pull out, and resorted to opening their own stores. O2 already ended the supply during the start of the year as well as Three prior to that.