Get Ready for Higher Oil and Gas Prices 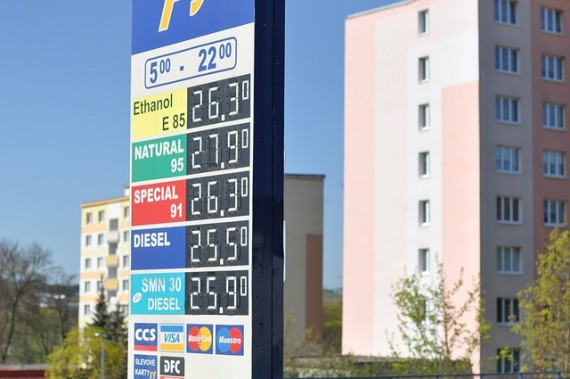 (Photo : Get Ready for Higher Oil and Gas Prices)

Investors interested in oil trading need to keep an eye on global and regional prices in order to make informed predictions and profitable trades. Since the early months of 2020, world prices of crude have fluctuated more than ever before, and for the first time hit negative territory. The primary factor behind all the uncertainty, low consumption, and market chaos is government-imposed restrictions regarding the worldwide coronavirus pandemic.

Strict edicts by U.S. governors, European central governments, and other national leaders have effectively shut down huge chunks of the international economy. Consumers are driving less amid stay-at-home rules and business closures. Massive pieces of retail economies in dozens of developed nations have gone bust. What does 2021 hold for oil prices, supplies, and related policies from OPEC and other producers? Here's a review of what traders should know when deciding how to make profitable transactions throughout the next several months.

OPEC+, whose principal members include Russia and a group of Arab nations led by Saudi Arabia, have drastically cut output in order to put upward pressure on prices during vast drops in demand. Even though the group has not been in agreement lately on every policy detail, they have managed to keep production low. Initially, production cuts were clearly necessary to match extreme drops in global demand during the height of the pandemic. For 2021, OPEC+ is expected to keep their output restricted. As demand for gasoline among consumers, businesses, logistics firms, and delivery companies increases, that will likely mean rising prices all around.

High Prices Will Affect Everyone

A rise in the per-barrel cost of crude means upward pressure on the cost of living, for consumers, and the cost of doing business, for delivery-based firms and other members of the logistics sector. In the U.S., for instance, many states have begun to lift travel restrictions as citizens have looked to more freedom to go about their lives. Government and health officials didn't help themselves by claiming that masks and business closures would only last a few weeks to flatten the curve and keep hospitals from being overrun. When hospitals experienced few crowding issues and the curve become non-existent, business owners began ignoring many of the edicts and citizens decided enough was enough. In the midst of a second wave, U.S. residents are beginning to simply ignore unreasonable edicts and return to their old driving, travel, work, and social habits. That behavior has been the main force behind recent upticks in demand for fuel.

With OPEC and other producers continuing to limit supply, it's highly probable that at the pump prices for gasoline will rise between now and the end of 2021. Indeed, even global consumption rates are inching back to normal. Before 2019, average worldwide demand for oil was at 101.5 million barrels per day. It now appears, at year-end 2020, like the average demand for this year will land right around the 103 million barrels per day level. However, traders should take note that in 2021, demand is expected to reach 98.8 million barrels per day, nearly the normal level before the virus spread around the globe and ground much commercial activity to a halt.

OPEC Will Continue to Lose Power

Between 2018 and 2019, the U.S. exported a higher quantity of crude oil than it imported and become the globe's biggest producer of black gold. This development, along with a resurgent development market in Russian exploration and refining, has hit OPEC hard. No longer the sole arbiter of prices, supplies, and policies, Saudi Arabia and other cartel members are in a difficult position. They desperately need to keep per-barrel pricing as high as possible but at the same time don't want to scare off loyal customers. Those customers, who not long ago had nowhere else to go, are new free to seek petroleum products from Russia and the U.S.

Much of the virus effect on worldwide crude output and production was related not to the effects of the illness itself but to government restrictions on personal and business freedoms. As the new year begins, it's anyone's guess as to whether nations will continue to impose lockdowns, quarantines, and stifling business closures. Regardless of what happens with the pandemic, the demand for petroleum has already begun to rise, which is an almost certain recipe for more costly gasoline at the pump. Consumers and business owners are the primary recipients of that effect. Investors and speculators should expect higher priced petroleum for at least the next year.