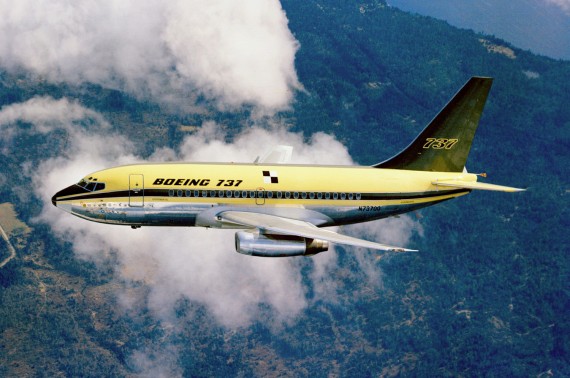 Increasing customer demand and competition from Airbus pushes Boeing to crank up its production of its top selling Boeing 737 commercial planes.

The aircraft announced on Thurs. plans to make 52 airplanes per month, or 620 jets a year starting 2018.

The move comes from customers insisting that Boeing produce additional 737 units to compete with the Airbus' A320 planes.

Both Boeing and Airbus have been receiving orders for new jetliners and are replacing aging less fuel efficient fleets and increasing production of newer single-aisle airplanes.

"For over a decade we have seen resilient demand for the 737, and a rate increase to 52 per month reflects the appetite for airplanes like the 737 MAX and Next-Generation 737," Randy Tinseth, vice president for marketing at Boeing Commercial Airplanes stated.

The 737 contributes to 75 percent of Boeing's commercial aircraft division.

Passengers have long been urging the aircraft giant to make more of the 737 to help lessen the passenger waiting times.

The company received about 2,200 orders for the new generation 737 MAX to replace the current 737.

Southwest Airlines is reported to be the first airline to acquire the first batch of the 737 MAX.

More so, Boeing will also benefit from producing more of its 737 brand, creating more revenues for the company.

On the other hand, increasing production would create strain in their workers.

Two of Boeing's largest unions already showed their disapproval of the company's decisions, starting from the shifting of massive amount of jobs from Seattle.

Meanwhile, Boeing just recently transferred 2,000 engineering jobs 900 jobs reportedly move to Oklahoma while St. Louis will receive 500 jobs. from its defense division in Seattle to allow the business to more efficiently use the resources and capabilities across the defense division.